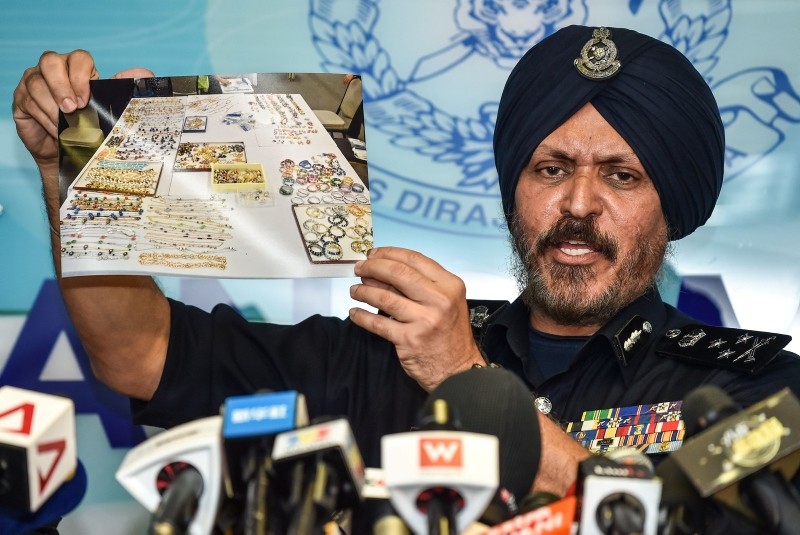 Malaysian police say the total value of cash, jewelry and hundreds of watches and handbags seized from properties linked to former Prime Minister Najib Razak in a money-laundering investigation amounted to $273 million.

Allegations of massive corruption were a major factor behind last month's shock election loss of Najib's long-ruling coalition to a reformist alliance headed by Mahathir Mohamad.

Najib and his cronies were accused of plundering billions of dollars from 1MDB to buy everything from US real estate to artworks. Najib and the fund deny any wrongdoing.

His luxury-loving wife Rosmah Mansor became a lightning rod for public anger due to her vast collection of handbags and jewels, and her reported love of overseas shopping trips.

Allegations of corruption at the defunct 1MDB state investment fund that Najib set up led to the shocking defeat of his coalition in May 9 elections.

Najib and his wife have been barred from leaving the country. They have denied any wrongdoing.