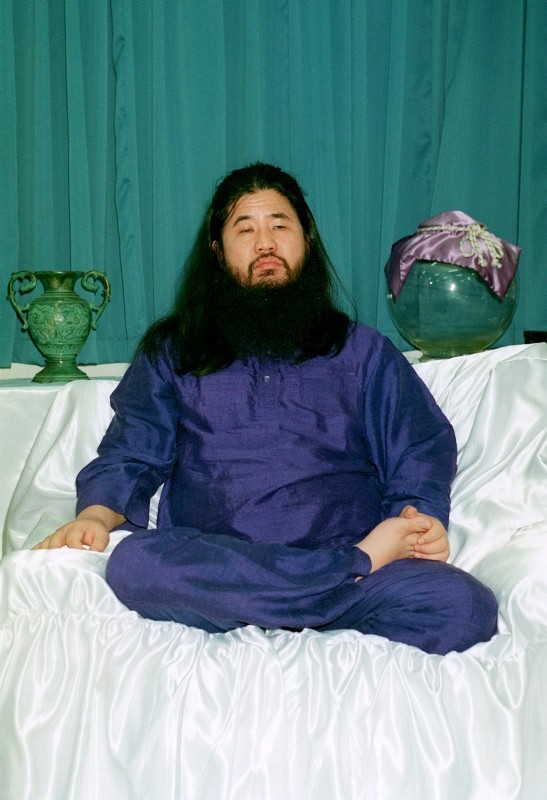 Shoko Asahara, the leader of the doomsday cult behind the 1995 deadly sarin gas attack on the Tokyo subway system, and six of his followers were executed Friday, Justice Minister Yoko Kamikawa said.

Kamikawa told a news conference that she had ordered the executions following "very careful consideration."

"I believe it's inevitable that we impose a death penalty for a serious, heinous crime," Kamikawa said.

The 63-year-old former cult leader and the six were the first members of the cult to be executed.

The minister, however, declined to say why those seven convicts were picked.

Asahara, whose real name was Chizuo Matsumoto, and 12 members of the cult were sentenced to death for a string of crimes that killed a total of 27 people, including the gas attack that left 13 people dead and more than 6,000 injured.

"A series of their crimes were systematic, calculated and unprecedented," Kamikawa said. "Such crimes must not take place once again."

"The fear, suffering and grief of the victims and their families were far beyond imagination," she added.

Earlier in the day, Chaief Cabinet Secretary Yoshihide Suga would only confirm the execution of Asahara and said Japanese police were taking every measure to prevent retaliation following the execution.

Asahara and the former members were due to be hanged after the group-related trials over their crimes came to an end in January.

The Justice Ministry said in March it had transferred seven of the 13 from the Tokyo detention center to other facilities across Japan. The country has the custom of not executing criminals on death row until the sentences of their accomplices are finalized.

Some experts urged the ministry not to execute them as their experience could help prevent similar crimes.

When Shizue Takahashi, who represents the association of victims of the cult's crimes, heard the names of those executed it "made her heart beat fast," she told a news conference on Friday.

"I wanted them to talk more about the attacks when considering anti-terrorism measures. I wanted experts to ask them questions. So, I have some regret," she said.

Her husband Kazumasa Takahashi, a deputy station-master at Kasumigaseki station in the Japanese capital, died soon after trying to remove a pool of clear liquid from a train. Authorities later identified the liquid as sarin.

Critics said the government executed the criminals but failed to find out the whole truth of their crimes.

Some lawyers, activists and Rika Matsumoto, Asahara's third daughter, had also opposed the execution of Asahara, who was virtually blind and also believed to be mentally and physically troubled.

Matsumoto said her family members had long demanded he be treated, Matsumoto said, but the Tokyo detention center and courts refused, saying he was in good health.

Japan is one of the few major industrialized countries to administer capital punishment, alongside the United States.