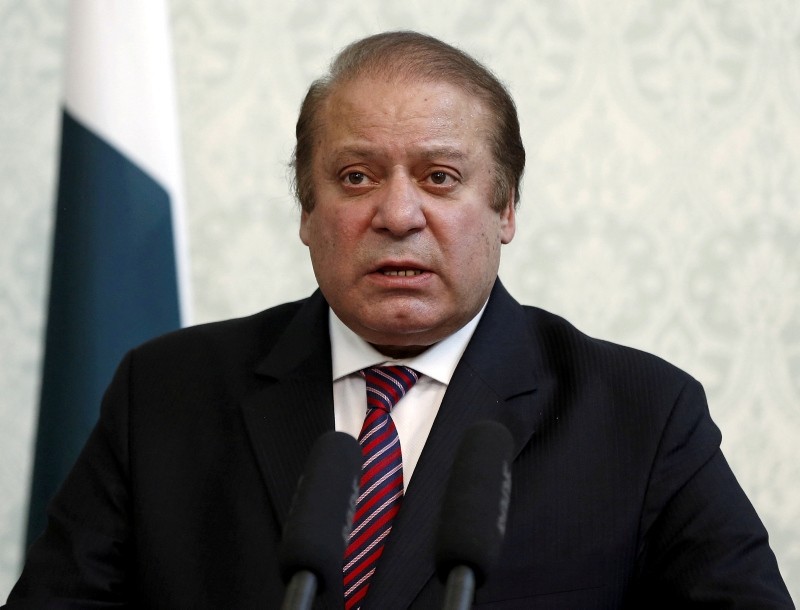 Pakistan's former prime minister Nawaz Sharif was sentenced in absentia to 10 years in prison by a corruption court in Islamabad Friday, lawyers said, dealing a serious blow to his party's troubled campaign ahead of July 25 elections.

Sharif was ousted from his third term as prime minister by the Supreme Court last year following a corruption investigation.

Prosecution lawyer Sardar Muzaffar Abbas also said that the court had ordered the properties, in London's exclusive Mayfair, be confiscated by the federal government.

Sharif is currently in London, where his wife is receiving medical treatment for cancer. The verdict immediately raised questions over whether he would return to Pakistan, with analysts saying he was in a "difficult position" ahead of the election.

"If Sharif does not come back, his party is over," said political analyst Rasool Bukhsh Rais. "If he comes back, he will have to fight cases and he will be suffering a lot -- but in this way he will save his party."

Sharif is banned from politics for life and had handed the presidency of his ruling Pakistan Muslim League-Nawaz (PML-N) party over to his brother, Shahbaz, who is leading the party's campaign ahead of Pakistan's second-ever democratic transition of power.

"We reject this decision," Shahbaz Sharif told a televised press conference in Lahore shortly after the verdict.

"It is based on injustices. This decision will be written in black words in history," he said.

The Sharif clan and their supporters have repeatedly denied the allegations of corruption, suggesting Nawaz is the victim of a conspiracy driven by the powerful military, which has ruled Pakistan for roughly half of its 70-year history.

Sharif, who at times during his premiership appeared to seek a better relationship with Pakistan's arch-enemy India, has since repeatedly accused the military of wanton political interference.

Journalists and activists have spoken of pressure by the military to censor positive coverage of the PML-N campaign amid allegations of a "silent coup".

The corruption controversy erupted with the publication last year of 11.5 million secret documents from Panamanian law firm Mossack Fonseca documenting the offshore dealings of many of the world's rich and powerful.

Three of Sharif's four children -- Maryam, his presumptive political heir, and his sons Hasan and Hussein -- were implicated in the papers.

On Friday the court also sentenced Maryam to seven years in prison.