US struggling to progress with North Korea denuclearization, experts warn 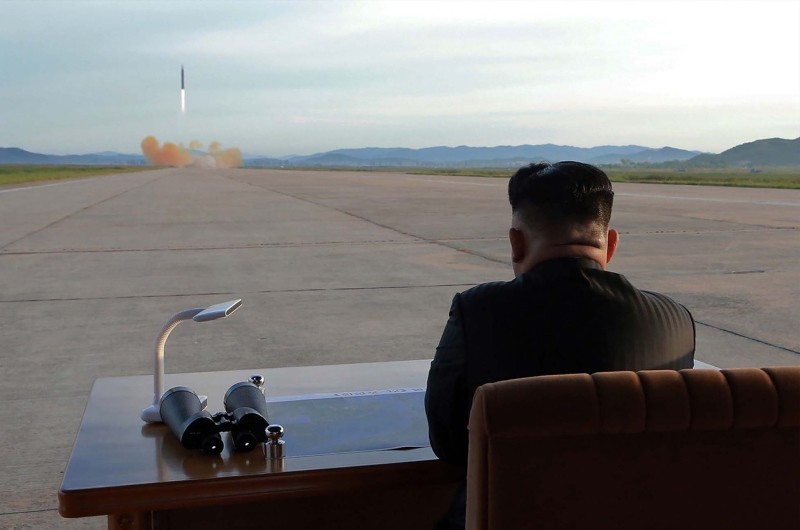 The U.S. appeal at the United Nations for "full enforcement" of sanctions against North Korea underscored the difficulty of attaining real progress on denuclearization, more than a month after the much-vaunted Donald Trump-Kim Jong Un summit.

In their joint declaration after the historic meeting June 12 in Singapore, the North Korean leader "reaffirmed his commitment" to the "complete denuclearization of the Korean Peninsula."

But the actual details of the process, including how and by what timetable the North's nuclear program is to be dismantled, have yet to be negotiated.

At the time, the U.S. administration insisted on the "urgency" of denuclearization, which was supposed to begin "very quickly."

"We're hopeful we can get it done" by 2020, before the end of Trump's current presidential term, Secretary of State Mike Pompeo said at the time.

Pompeo has been charged with the challenge of putting meat on the bare bones of the Singapore commitment.

But 40 days and one apparently fruitless visit by Pompeo to Pyongyang later, the tone of the American side has clearly changed.

"We have no time limit," Trump told reporters on Wednesday. "We have no speed limit."

Asked about the change in tone, State Department spokeswoman Heather Nauert sought to reassure: "We have teams in place that are working very hard on this issue every day," she said. "We have said there's a lot of work left to be done."

For several experts who had warned that the Singapore summit, for all its hype, pomp and high expectations, had provided only the barest outline of a long and arduous process, the return to reality is welcome.

"To be successful, negotiations need time," said Abraham Denmark of the Wilson Center think tank in Washington. Some experts, he added, "warn that complete and verified denuclearization could take 15 years."

So after the head-spinning events and reversals of the past six months, it may now be time to dig in for a long wait.

To some observers, moreover, the loss of momentum that Singapore should have provided is worrying. There have been few if any real advances.

Even the North's return to the U.S. of the remains of American soldiers killed in the Korean War (1950-53), described as "immediate" on June 12, appears more complicated -- with Pompeo now saying it may take place in "the next couple of weeks."

For now, the only concrete results of the Washington-Pyongyang thaw are the North's halt to nuclear and missile testing and the American side's suspension of planned military maneuvers with South Korea, long denounced as a "provocation" by Pyongyang.

The U.S. had long rejected such a "double freeze." It involves gestures that could be reversed in a moment.

"If our goal still is the complete, verifiable and irreversible dismantlement of the North Korean nuclear program, we're not succeeding," said Sue Mi Terry of the Center for Strategic and International Studies, speaking to a security conference in Aspen, Colorado.

"Not only are they not giving up their nuclear weapons program," she continued, "they've been working overtime on advancing their program."

The Trump administration, criticized for failing to obtain a written promise of this key objective in Singapore, now insists negotiations are progressing toward the North's "final, fully verified" denuclearization.

But a Pompeo visit to North Korea in early July was "by all accounts except his own deeply disappointing," said Jeffrey Bader and Ryan Hass in an article for the Brookings Institution. The problem, say the two experts, is that in Singapore, "Trump gave away much of that leverage" to ensure the North's cooperation.

And now the international campaign of "maximum pressure" on Pyongyang -- the stringent sanctions and the diplomatic isolation that Washington helped orchestrate -- is beginning to weaken.

"The sanctions are already loosening," said Terry, "because China is not really implementing" them.

Hence Pompeo's visit to the U.N. on Friday to condemn the erosion of the sanctions regime and to demand that the international community maintain serious pressure.

But this could be a challenge, experts say. "Maximum pressure" will be difficult to maintain in the absence of some new North Korean provocation.

"In case it doesn't work, we need to have a plan," Terry said.