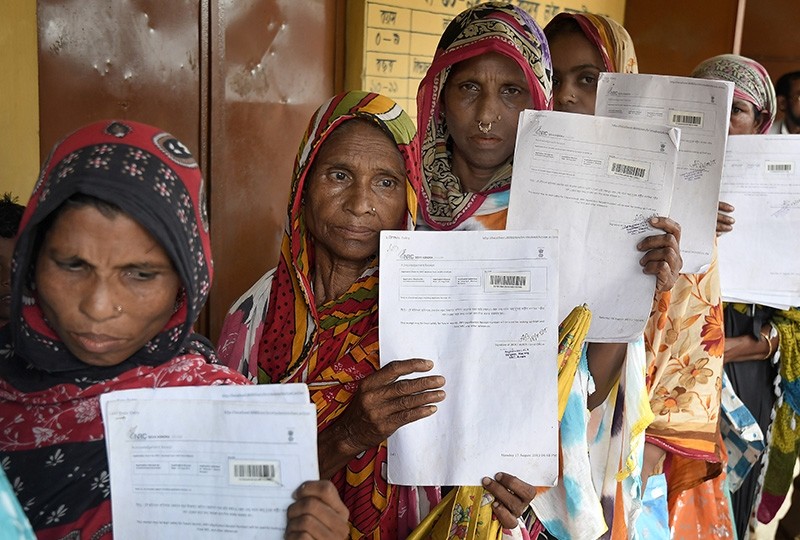 An Indian minister on Wednesday defended a citizens' list that effectively stripped citizenship from millions of Bengali-speaking Muslims, claiming Muslim population growth in a border state had overtaken that of Hindus.

Assam has the second highest percentage of Muslims among all states in Hindu-majority India.

"In the 50 years between 1961 and 2011, the majority community in Assam has grown 2.4 times; the minority has grown 3.9 times," Arun Jaitley, one of Modi's senior-most cabinet colleagues, said in a blog post. "This has caused a major demographic impact."

Jaitley, who is on medical leave from his role as finance minister, also quoted a Supreme Court order that said that influx of illegal migrants was turning some Assam districts into a Muslim-majority region which could lead to demands for their merger with Bangladesh.

"Nobody could have put it better," Jaitley said.

He added that Assam's neighboring state of West Bengal, whose chief minister has taken the lead in opposing the citizenship exercise, was "not far behind" in the changing demographics fueled by immigration.

Assam has been racked by waves of violence over the years as residents, including tribal groups, have clashed with both Hindu and Muslim settlers, whom they accuse of plundering resources and taking away jobs.

Scores of people were chased down and killed by machete-armed mobs intent on hounding out Muslim immigrants in 1983.

West Bengal Chief Minister Mamata Banerjee has accused the BJP of trying to make millions of people stateless for political reasons and warned of a "bloodbath" and "civil war."

The draft is the result of a yearslong agitation by residents of Assam demanding expulsion of the immigrants from Muslim-majority Bangladesh who are accused of taking their jobs and cornering resources.

Rights groups and activists say the drive targets Muslims who are Indian citizens, a charge the government denies. They compare the deletion of people from citizenship rolls to Myanmar's removal of rights and protections for its Rohingya Muslim community in 1982.

The government said those missing from the list would have a chance to resubmit documents between Aug. 30 and Sept. 28, and had the option to appeal at the foreigners' tribunal. However, many have been facing severe problems.

The targeted people are mostly illiterate, poor and unaware of what is happening regarding citizenship, according to the Students Islamic Organization of India (SIO-India). Anti-Muslim bias among border police and authorities leads to fatal results for Muslims who are trying to prove their Indian citizenship with documents.

Hundreds of thousands of people fled to India from the Muslim-majority Bangladesh after it declared independence from Pakistan in 1971, setting off a nine-month civil war. Most of them settled in Assam and the neighboring state of West Bengal, where there are similar demands to send back illegal Muslim immigrants.