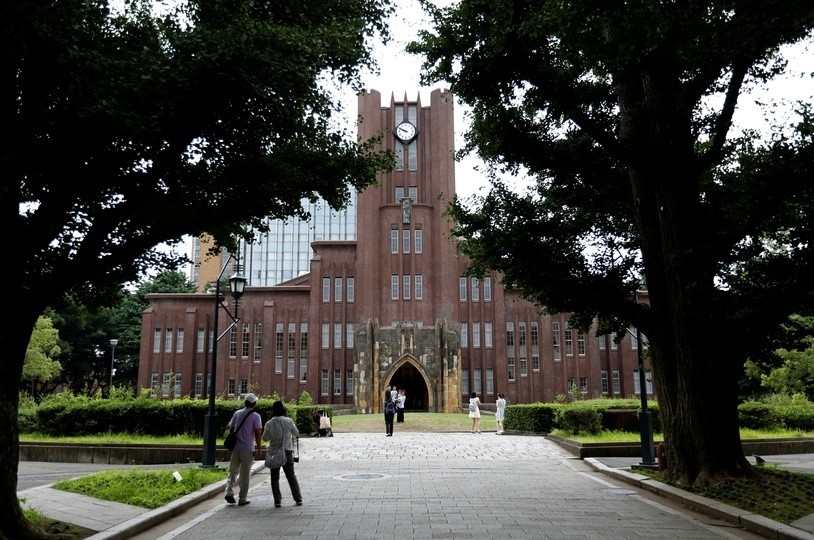 Yasuda auditorium is seen behind ginkgo trees at the University of Tokyo in Tokyo, Japan July 20, 2016. (REUTERS Photo)
by Aug 07, 2018 12:00 am
A Japanese medical school deliberately cut women's entrance test scores for several years, a panel of lawyers hired by the school to investigate the issue said on Tuesday, calling it a "very serious" instance of discrimination.

Prime Minister Shinzo Abe has made a priority of creating a society "where women can shine", but women in Japan still face an uphill battle in employment and face hurdles returning to work after childbirth, which contributes to a falling birthrate.

The alterations were uncovered in an internal investigation of a graft accusation this spring regarding the entrance exam for Tokyo Medical University, sparking protests and widespread anger following media reports last week.

Lawyers investigating bribery accusations in the admission of the son of a senior education ministry official said they concluded that his score and that of several other men were boosted "unfairly" - some by as much as 49 points.

They also concluded that scores were manipulated to give men more points than women and thus hold down the number of women admitted.

"This incident is really regrettable - by deceptive recruitment procedures, they sought to delude the test takers, their families, school officials and society as a whole," lawyer Kenji Nakai told a news conference.

"Factors suggesting very serious discrimination against women was also part of it," added Nakai, one of the external lawyers hired by the university to investigate the incident.

The investigation showed the scores of men - including those reappearing after failing once or twice - were raised a certain number of points. Those of all women, and men who had failed the test at least three times, were not, however.

Medical school authorities have called a news conference for 5 p.m. No immediate comment was available from the government or the education ministry official who figures in the case.

Reports of the incident appeared at the start of August, setting off a furore in Japan, spurring women to recount their own experiences of discrimination on social media with the hashtag, "It's okay to be angry about sexism."