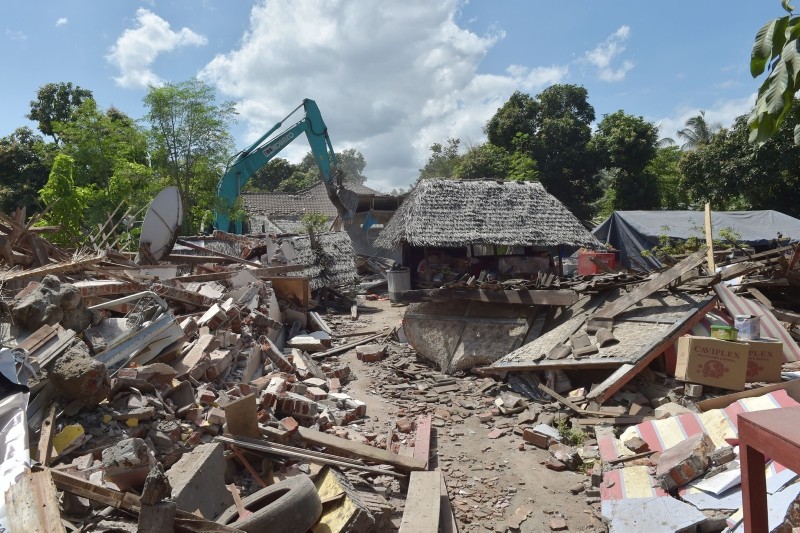 The death toll from the earthquake that rocked the Indonesian island of Lombok a week ago has passed 430 and the government is estimating economic losses will exceed several hundred million dollars.

The national disaster agency said Monday the Aug. 5 quake killed 436 people, most of whom died in collapsing buildings.

It said damage to homes, infrastructure and other property is at least 5 trillion rupiah ($342 million), calling that a temporary figure that will rise as more assessments are made. The agency said rebuilding will cost hundreds of millions of dollars.

The magnitude 7.0 quake flattened thousands of homes and according to the disaster agency's latest estimate has displaced about 350,000 people.

"When all data has been collected later, the amount will be greater. It needs trillions of rupiah (hundreds of millions of dollars) for rehabilitation and reconstruction. It will take time to restore community life and economic development," he said.

Nugroho said damaged roads were hindering access to isolated mountainous areas and helicopters had been deployed by the disaster agency, the military and the search and rescue agency to distribute aid.

Lombok, a popular but less developed tourist destination than neighboring Bali, was hit by three strong quakes in little over a week and has endured more than 500 aftershocks.

Indonesia is prone to earthquakes because of its location on the "Ring of Fire," an arc of volcanoes and fault lines in the Pacific Basin. In December 2004, a massive magnitude 9.1 earthquake off Sumatra triggered a tsunami that killed 230,000 people in a dozen countries.