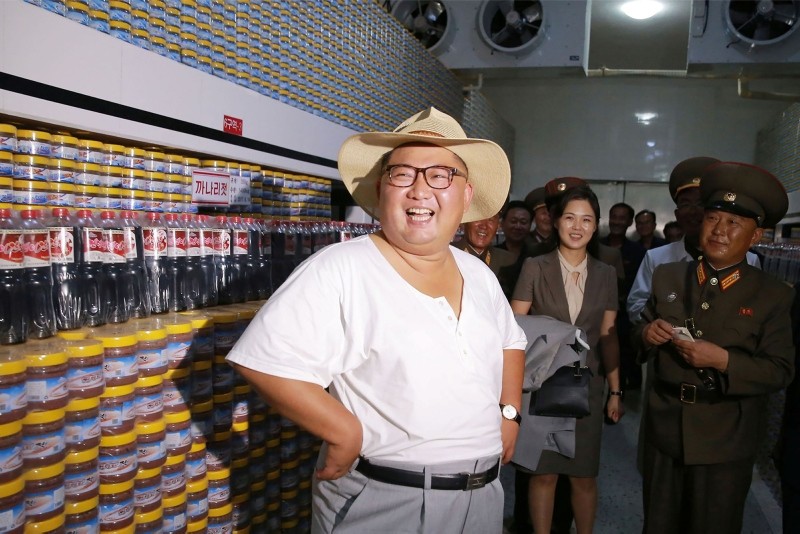 Putin has been kept waiting for an answer after asking Kim to attend next month's economic forum in Vladivostok, but Pyongyang did confirm this week that South Korean President Moon Jae-in will visit the North Korean capital "within September."

The Russian leader's personal message celebrated the 73rd anniversary of Korea's liberation from Japanese colonial rule, which is marked as a holiday in both the North and the South.

Putin reportedly mentioned the need "to discuss urgent issues of bilateral relations and important matters of the region." They would apparently include "reciprocal cooperation" involving economic ties between Russia and both Koreas.

Meanwhile, at the risk of arousing suspicion from the South's military ally the United States, Moon declared his ambition to create a Northeast Asian "railroad community" including his own country along with the North, Russia, China, Japan and Mongolia.

"This community will lead to an energy bloc and economic bloc in Northeast Asia by expanding our economic area to the northern continent and becoming the foundation of co-existence and prosperity in Northeast Asia," the South Korean president said in his Liberation Day address.

While insisting that "economic cooperation can really take off" when North Korea has denuclearized, the South's president added that Seoul aims to connect roads and railways across the inter-Korean border by the end of the year.

The U.S. has called on all countries to adhere to global sanctions against the North, which is yet to agree on a timeline for its denuclearization despite two months passing since June 12's summit agreement between Chairman Kim and U.S. President Donald Trump.