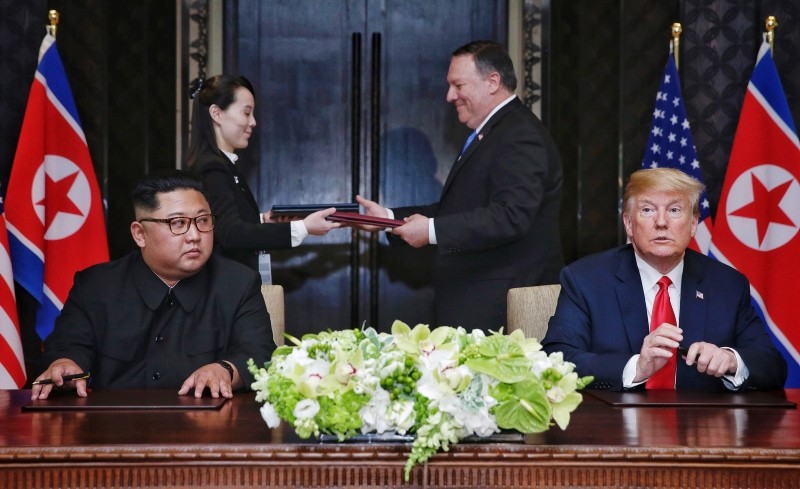 Russian Foreign Ministry said on Thursday that fresh sanctions, imposed by the United States against a Russian firm and an individual over North Korea, may undermine peace process in the Korean peninsula.

In a statement, the ministry also said that Washington "is not aware" of how the "uttmost pressure" on Pyongyang is "fraught with danger".

On Wednesday, the United States imposed sanctions on a Russian port service agency and Chinese firms for aiding North Korean ships and selling alcohol and tobacco to Pyongyang in breach of U.S. sanctions.

"The destructive U.S.' tactics, pursued beyond the framework of the U.N. Security Council and its 1718 Sanctions Committee (related to North Korea), is only able to undermine the progress, which has been made recently towards the settlement," Russian Foreign Ministry said.