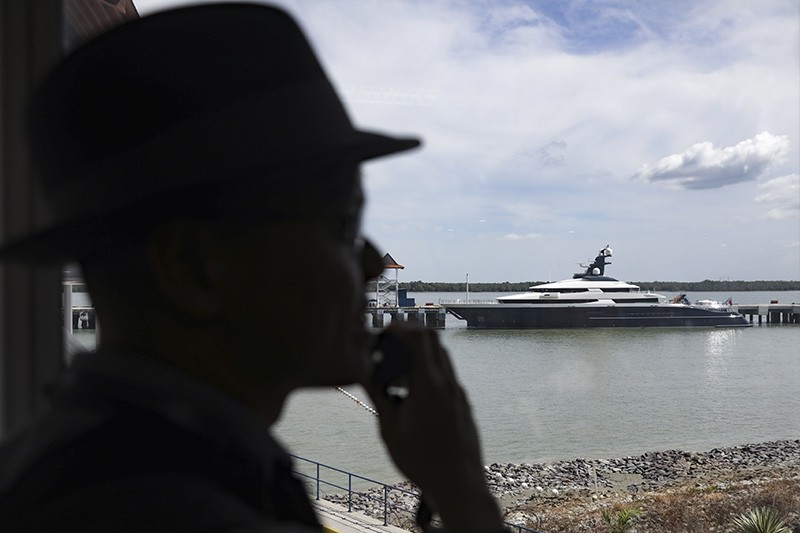 A Malaysian financier wanted for his role in the multibillion-dollar scandal at state fund 1MDB has said he does not expect to get a fair hearing anywhere and will not present himself to any country where his guilt has been predetermined.

Low Taek Jho has been identified by investigators in Malaysia and the United States as a key figure in the 1Malaysia Development Berhad (1MDB) case.

Authorities in Malaysia and the United States are investigating how billions of dollars went missing from 1MDB. The U.S. Department of Justice says over $4.5 billion was misappropriated from the fund, with some of the money used to buy a private jet, a superyacht, Picasso paintings, jewelry and real estate.

Malaysian authorities have issued an arrest warrant for Low, whose whereabouts are unknown. The financier, whose Malaysian passport has been revoked, has denied any wrongdoing.

A spokesman for Low, through his attorneys, said he "believes there is no jurisdiction where he can get a fair hearing in this matter."

"Low will not submit to any jurisdiction where guilt has been predetermined by politics and self-interest overrules legal process," he said via email on Friday.

Low was responding to a Wall Street Journal story on Friday that cited unnamed Malaysian officials saying they believed Low was being harbored in mainland China.

It also said a request to extradite Low would be high on the agenda of Malaysian Prime Minister Mahathir Mohamad during a five-day trip to China which began on Friday.

Reuters could not verify the Journal story.

A spokesman for the prime minister's office did not immediately respond to a request for comment.

China's foreign ministry asked whether Low was in the country, said it had "no grasp" of the situation.

Malaysia has applied for an Interpol red notice to seek assistance from the United Arab Emirates, Indonesia, India, Myanmar, China and Hong Kong to detain Low.