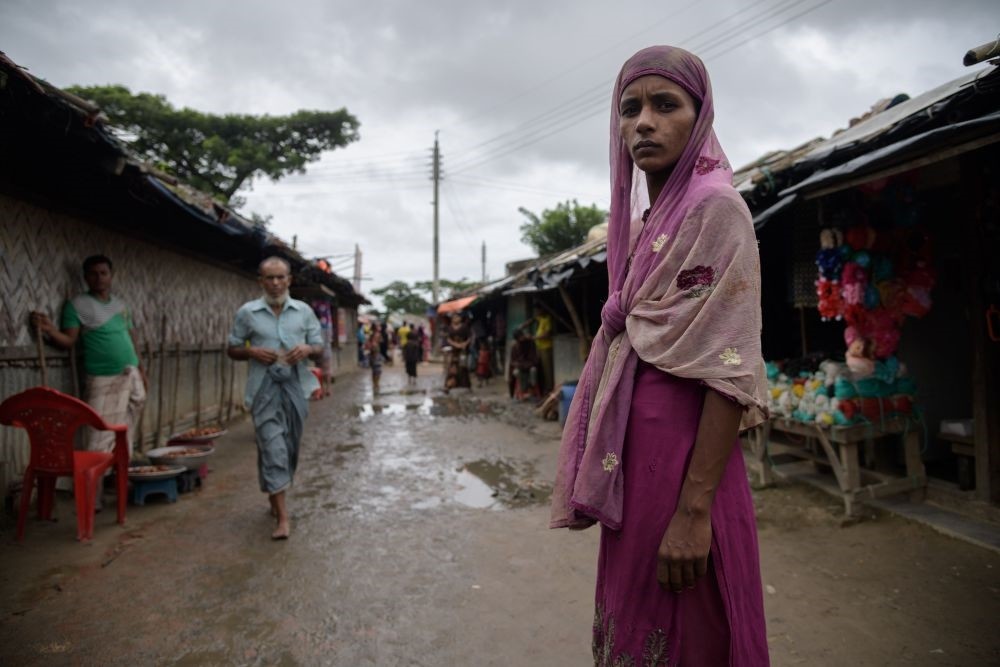 Myanmar and Bangladesh agreed to replace the term "Forcibly displaced Myanmar nationals" to "Displaced persons from Rakhine State" on registration cards issued to Rohingya refugees in Cox's Bazar. Myanmar made the demand during a meeting last week, Bangladeshi officials have said. Almost 1 million Rohingya Muslims forced out of Myanmar now live in southern Bangladesh, with 700,000 of them arriving after the latest crackdown on the stateless minority started in August last year.

A 15-member Bangladeshi delegation led by Foreign Minister AH Mahmood Ali visited Myanmar between Thursday and Saturday. It was the first state-sponsored visit to Myanmar since the Rohingya fled to Bangladesh a year ago.

Human Rights Watch (HRW), however, said in a statement on Wednesday that Bangladesh had "agreed" to the change.

"While changing a few words on a refugee's ID card may seem inconsequential, for the 700,000 Rohingya refugees in Bangladesh who fled ethnic cleansing in Myanmar a year ago, it is essential," said Bill Frelick, director of Refugee Rights Program of HRW, Anadolu Agency (AA) reported.

"This change signals that Myanmar doesn't intend to honor the citizenship rights of Rohingyas, nor acknowledge the cause of their displacement-security force operations that included murder, widespread rape, mass arson, and pillage," HRW added at the statement.

"The Foreign Ministry is the authority to take final decision to bring the change. We have yet to get any formal decision or instruction on the matter," he said.

Rohingya refugees have long expressed doubts about whether they would benefit from rights as citizens if repatriation were to occur.

Executive director of Transparency International Bangladesh, Iftekhar Zaman, on Thursday told AA that identifying Rohingya refugees as Myanmar nationals was necessary for them to acquire their rights as citizens. "The international community has failed to pay due importance to the humanitarian crisis created by Myanmar on Rohingya people which [puts] Bangladesh in a trap."

Myanmar has been accused of the ethnic cleansing of Rohingya in Rakhine after it launched operations in August last year, with security forces reportedly having engaged in killings, torture, rape, and arson. The U.N. said that Rohingya remaining in Rakhine are under local orders that severely restrict their freedom of movement, preventing them from reaching jobs, school, and health care, and called for these to be lifted.

An estimated 700,000 Rohingya have fled over the border to Bangladesh since an army crackdown was launched in Rakhine State in August. Myanmar blames Rohingya militants for an Aug. 25 strike on security posts in Rakhine that triggered a fierce army crackdown. At least 9,000 Rohingya were killed in Rakhine State from Aug. 25 to Sept. 24, according to Doctors without Borders. In a report last December, the global humanitarian group said the deaths of 71.7 percent, or 6,700 Rohingya, were caused by violence. The stateless Rohingya have been the target of communal violence and vicious anti-Muslim sentiment in mainly Buddhist Myanmar for years.