Children at Australian-run immigration detention camps 'google how to die' 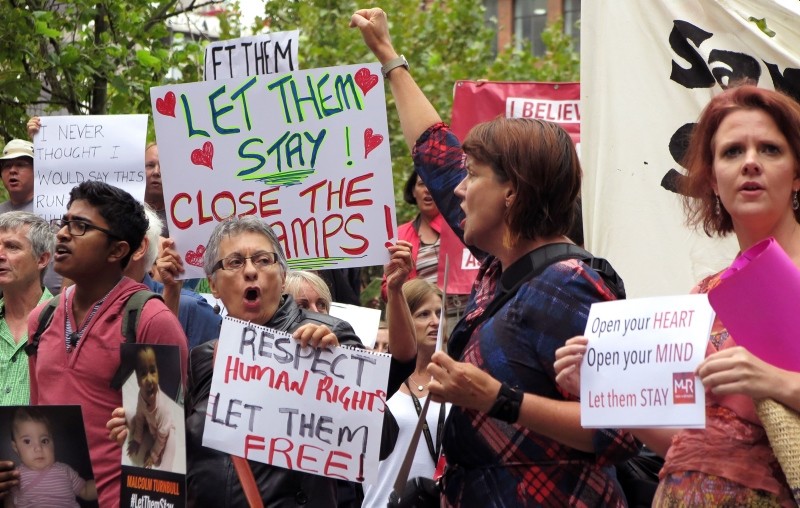 Refugee children languishing in Australian-run immigration detention camps on Nauru are deliberately harming themselves and googling how to kill themselves, former healthcare workers-turned whistleblowers have told Australian broadcaster ABC.

Leaked documents compiled by immigration workers and obtained by the ABC revealed a "shocking spate of self-harm incidents" on the island, according to a news report on Monday.

One incident report from June 2018 said a 14-year-old refugee child "had poured petrol over herself and had a lighter."

Another report from the same month showed that a 10-year-old refugee "attempted self-harm by ingesting some sharp metal objects," which were consistent with fencing wire.

Vernon Reynolds, a former child psychiatrist on the island employed by the Australian government's contractor, International Health and Medical Services (IHMS), from August 2016 to April 2018 on Nauru, told the ABC he was "absolutely concerned" that children could die.

"I'm reasonably surprised that no-one has... I certainly hope that nothing fatal happens. I am deeply concerned that we will see that."

He said the children were exhibiting signs of severe trauma.

Concerns have been raised in recent weeks about an outbreak of traumatic withdrawal or resignation syndrome on Nauru, a condition that can render children unconscious or comatose.

Reynolds said some of the children stopped interacting with people and "doing anything they might have done for interest and enjoyment and they really just exist in their bed."

There are some 900 refugees and asylum seekers on Nauru, including more than 120 children. Forty children have spent their entire lives in detention on Nauru and another 60 have spent half their lives there, according to the United Nations.

The Australian Department of Home Affairs was not immediately available for comment.

Another social worker, Fiona Owens, employed by IHMS as the child mental health team leader from May to July 2018, alleged she had witnessed alarming rates of self-harm among refugee children.

"The only thing a lot of the children are thinking about is how to die. They Google it on the internet," she told ABC.

Australia follows a strict, but much-maligned, policy of rejecting undocumented arrivals by sea and has enforced the practice of offshore immigration processing on Papua New Guinea's Manus Island and Nauru in the southern Pacific since July 2013.

In 2016, Australia made a deal with the United States to resettle 1,250 refugees from Nauru and Manus Island.

But due to U.S. President Donald Trump's ban on migration from seven Muslim-majority countries, a lot of families from countries like Iran and Sudan have not been accepted.

"The children have given up hope because the parents have, so the whole families implode with the knowledge that their only hope was to go to America and that's now been dashed," Owens said.