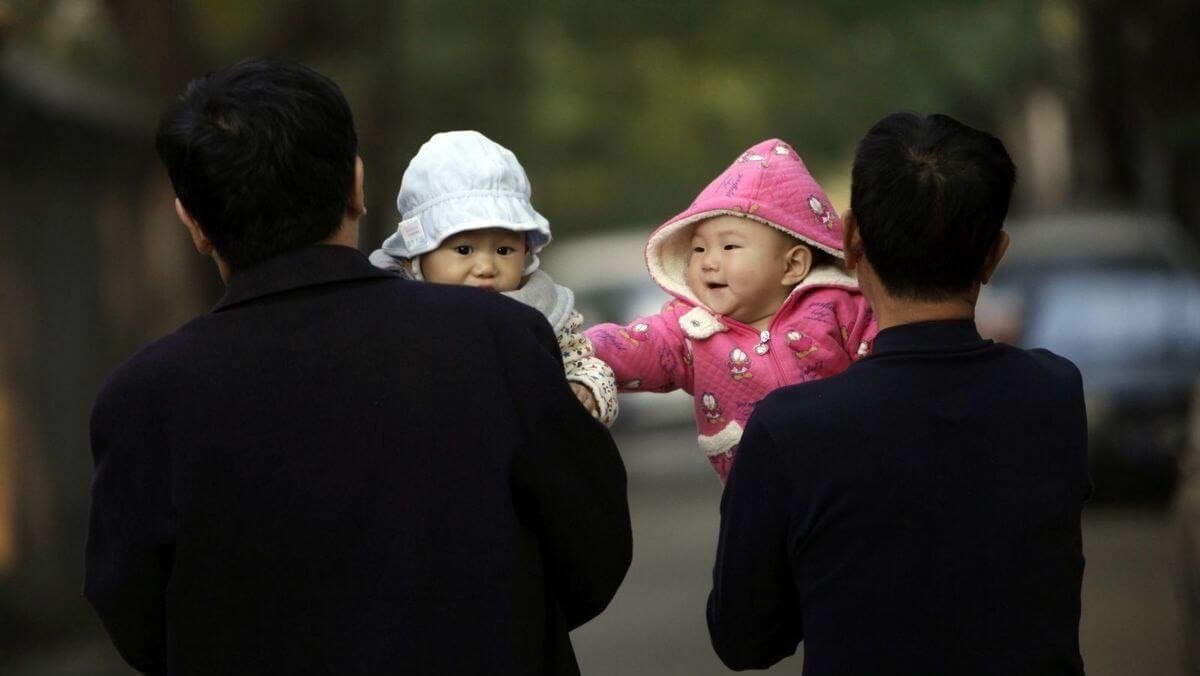 China appears poised to scrap its two-child policy, with a state-run newspaper Monday citing a draft civil code that would overhaul decades of controversial family-planning rules.

The wide-ranging code would end a policy that has been enforced through fines but was also notorious for cases of forced abortions and sterilization in the world's most populous country.

The Procuratorate Daily said the draft code omits any reference to "family planning" -- the current policy which limits couples to having no more than two children.

The report did not indicate whether the new policy would raise the limit or allow an unlimited number of children.

The draft civil code, which is being discussed by the Standing Committee of the National People's Congress this week, is set to be completed by 2020.

The Communist Party began enforcing a one-child policy in 1979 to slow population growth.

The limit was raised to two children in 2016 as the nation scrambled to rejuvenate its greying population of some 1.4 billion.

Concerns are mounting that an ageing and shrinking workforce could slow down China's economy, while gender imbalances could lead to social problems.

Childbirths have not increased as much as forecast since the two-child policy came into force, and there has been rising speculation the government will further ease restrictions.

"It's quite clear that the Chinese government is increasingly alarmed at the low birth rate and the failure to produce the expected boost in births by easing the one-child policy," Leta Hong Fincher, author of "Betraying Big Brother: The Feminist Awakening in China", told AFP.

The meetings of the Standing Committee of the National People's Congress, a powerful body of lawmakers headed by top legislator Li Zhanshu, run until Friday.

Other proposed changes include a one-month cooling off period before a divorce, during which either party can withdraw their application.

News of the proposed changes lit up social media.

"So they want us to have more babies and less divorces?" wrote one user on the Twitter-like Weibo platform.

"The created generation, us only children, let's gather together and prepare to work in our twilight years," another user wrote.

"Having children is good, eases the government's healthcare cost for the elderly."

Speculation about a change grew this month after a government-issued postage stamp for the Year of the Pig in 2019 showed a porcine family complete with three piglets.

Under the one-child restrictions those with multiple children were heavily fined. Some women were forced to undergo abortions while others were subjected to forced sterilisations.

Exemptions were given to ethnic minorities like Uighurs and Tibetans and those living in rural areas if their first child was a girl.

Couples who themselves were only children could also apply to have additional children.

But couples have been in no rush to start larger families since the policy was loosened, with 17.9 million babies born in 2016 -- just 1.3 million more than in the previous year and half of what was expected, according to the National Bureau of Statistics.

Births in 2017 even slipped to 17.2 million, well below the official forecast of more than 20 million.

Two Chinese academics caused a social media storm earlier this month when they proposed that couples with one or no children should pay into a tax-like "maternity fund".

Hong Fincher said it remains to be seen how the Chinese government would implement any changes.

She said incentives to have more children have not worked and the government may resort to other measures such as pressuring young women to get married and restricting abortions.

"Whatever policy they implement," she said, "they will continue to control women's reproductive rights."