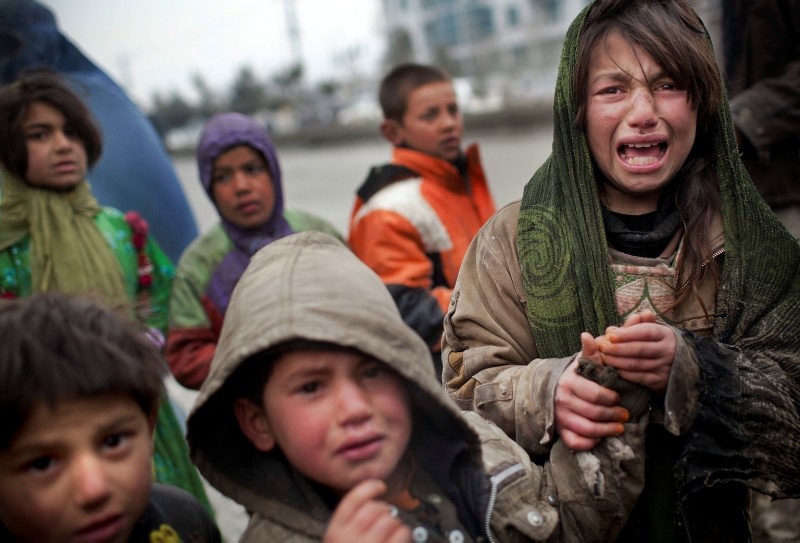 An Afghan refugee girl reacts after another child stole her food voucher while she was queuing in front a truck organized by the World Food Program in Kabul, Sunday, March 4, 2012. (AP Photo)
by Sep 05, 2018 12:00 am

More than 200,000 people have been displaced in Afghanistan since the beginning of the year due to conflict, the United Nations Office for the Coordination of Humanitarian Affairs (UNOCHA) has said.

A total of 206,615 people were displaced between January 1 and September 2, according to a report published late Tuesday. The figure is up by at least 44,000 since dpa reported on displacements just over a month ago.

The number includes more than 30,000 people who were temporarily displaced during the fighting in Ghazni city that took place in mid-August.

The Afghan security forces are stretched thin throughout the country fighting the Taliban while also battling Daesh in the east of the country.

At least 13.8 per cent of Afghanistan's approximately 400 districts are fully controlled by the Taliban, while 30 per cent are contested, according to the country's military in July. Other sources speak of much higher figures.