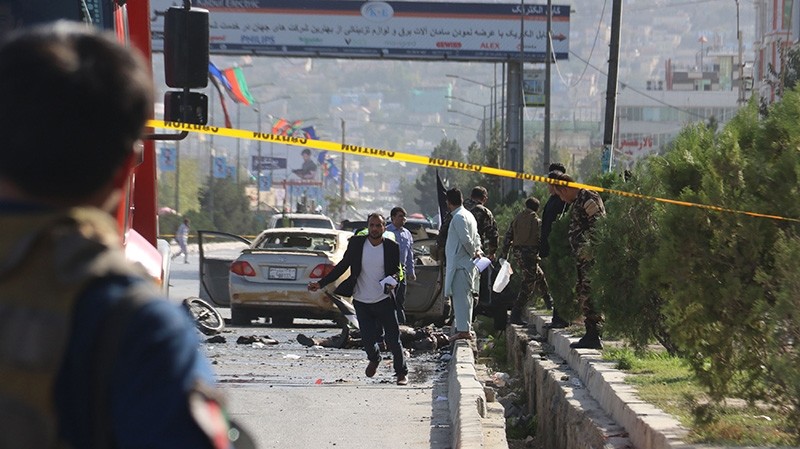 Insurgents killed at least 29 Afghan security forces in separate attacks as many marked the 17th anniversary of the killing of a prominent anti-Taliban leader, officials said Sunday.

Hakmat Durani, spokesman for the police chief of Maidan Wardak province, said the Taliban attacked a district headquarters west of Kabul late Saturday, killing 10 police officers, including a district chief, and setting off a gunbattle. He added that dozens of insurgents were killed in retaliatory airstrikes by the air force, and that reinforcements were being sent to the area.

In a separate attack late Saturday, militants targeted a checkpoint in the western Herat province, killing nine security forces and wounding six others, said Gelani Farhad, the provincial governor's spokesman. He blamed the attack on the Taliban, saying around 10 insurgents were killed and five wounded during the ensuing gunbattle.

Meanwhile in northern Baghlan province, Taliban fighters attacked security check points, killing 5 army soldiers, according to Ghafor Ahmad Jawed, spokesman for the Defense Ministry. He added that a gunbattle is still underway there and that reinforcements were being sent to the area.

Zabihullah Shuja, spokesman for the provincial police chief in Baghlan, said four police officers were killed in that attack.

No one claimed responsibility for either attack.

The attacks came on the eve of the anniversary of the killing of Ahmad Shah Masoud, who led the resistance against the Taliban in the late 1990s and was killed by suicide bombers two days before the Sept. 11 attacks in the United States. The U.S. responded to the attacks by invading Afghanistan to topple the Taliban, which had harbored al-Qaida operatives.

On Sunday, a suicide bomber targeted a convoy of mourners marking the anniversary, killing at least two people, according to Public Health Ministry spokesman Wahid Majroh. He said another 10 people were hospitalized, some in critical condition.

A police official who was not authorized to speak with the media said that at least seven people were killed and more than 25 others were wounded in the suicide attack that targeted the mourners in Kabul.

Kabul police spokesman Hashmat Stanikzai said that earlier Sunday another suicide attacker was shot dead by police in Kabul before he could detonate his explosives.

Afghan government officials commemorated Masoud's death on Sunday by laying flowers at his monument in Kabul. Supporters of Masoud, including young people who came of age long after his death, fired guns in the air in an expression of mourning.

At least 13 people were wounded by the stray bullets, Majroh said.