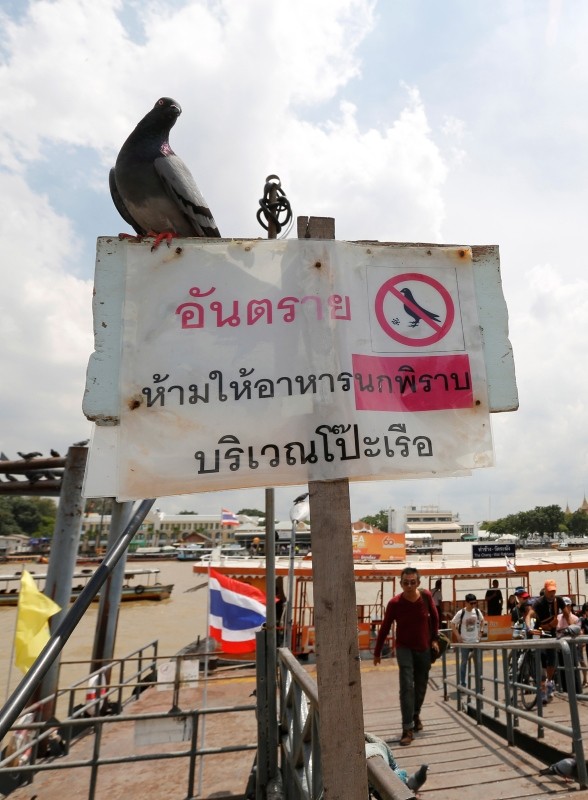 The Thai capital is considering jailing people who feed pigeons in public to try to eliminate the risk of bird flu and other diseases, officials said on Wednesday.

The Bangkok Metropolitan Administration is spearheading a campaign to catch pigeons and has vowed to impose a ban on feeding them - violators could be jailed for up to three months, face a 25,000 baht ($770) fine, or both.

"There's a risk to humans in places where there is a high concentration of pigeons," Taweesak Lertprapan, deputy Bangkok governor, told Reuters as bird catchers caught pigeons around him at a public square.

Other cities around the world have imposed similar bans, including Italian tourist favorite Venice where feeding pigeons is illegal - but there is no threat of serving time.

In Bangkok, pigeons - often dubbed "rats with wings" - are often found in crowded areas, including temples, markets and public parks.

"The most effective solution is to stop feeding them," Taweesak said.

Prime Minister Prayuth Chan-ocha this month ordered a nationwide campaign to reduce the number of pigeons in populated areas.