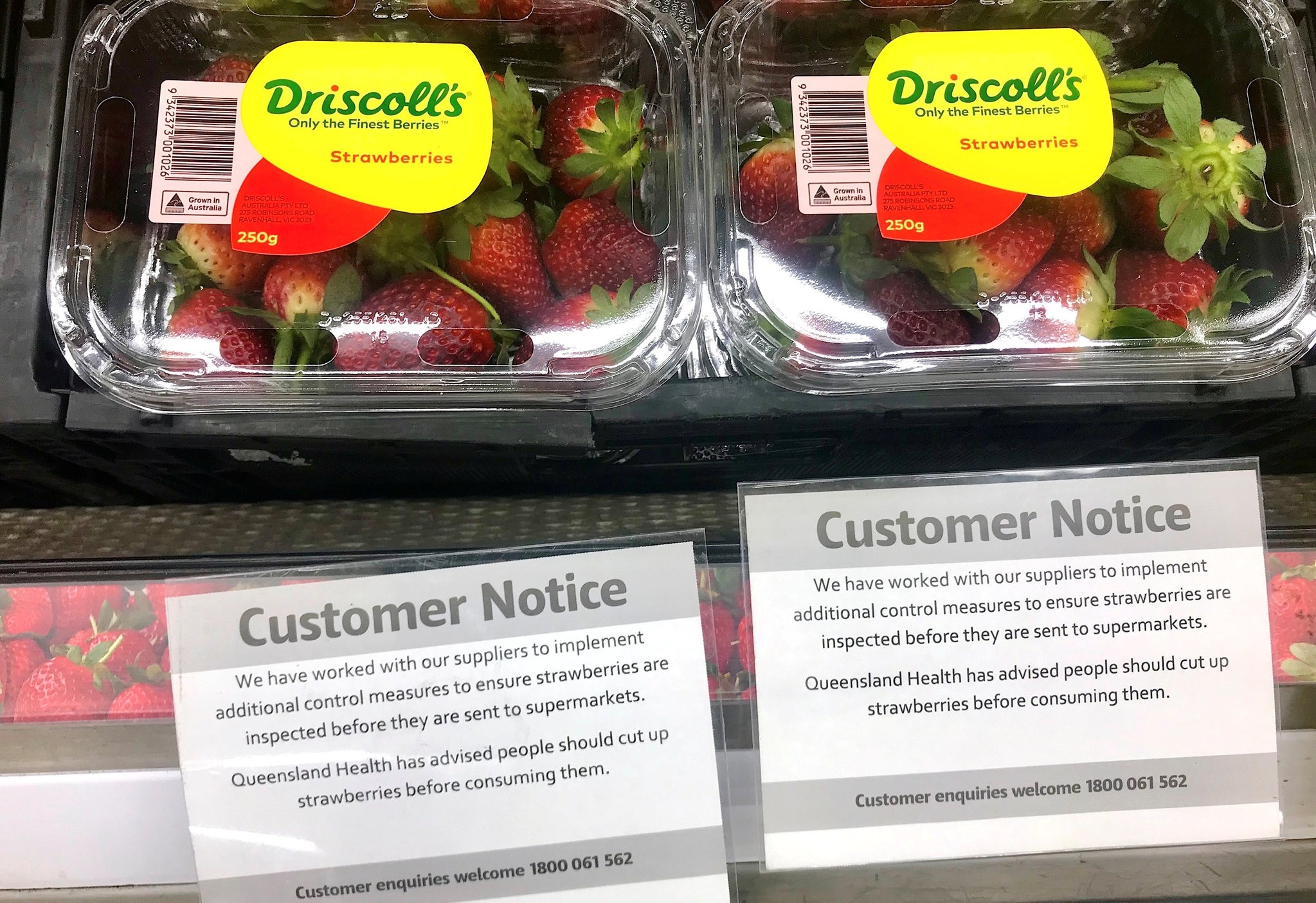 Customer notice signs are displayed underneath packets of Australia strawberries on sale at a supermarket in the central New South Wales town of Mudgee in Australia, September 23, 2018. (REUTERS Photo)
by Sep 27, 2018 12:00 am

Australia on Thursday increased the jail term to 15 years for anyone convicted of contaminating foodstuffs as a scare over needles found in strawberries and other fruits gripped the country.

Police are investigating more than 100 reports of sewing needles found in strawberries, which have forced farmers to dump fruit as demand plummets, and cast a shadow over an industry worth A$160 million ($116 million).

Australia's parliament passed legislation on Thursday to increase the maximum prison term to 15 years from 10 years for anyone convicted of tampering with food, in line with offenses such as financing terrorism.

It also criminalized hoax claims, making them punishable by up to 10 years in prison.

The legislation was rushed through in less than day as lawmakers try to repair public trust in the strawberry industry.

Politicians across the political divide spent much of the day promoting the industry, with Morrison promising to eat a dessert made with strawberries.

Strawberry farmers have welcomed the action, saying they faced financial ruin if demand did not recover quickly.

"We've taken the precautionary step of temporarily removing sewing needles from sale in our stores. The safety of our customers is our top priority," a Woolworths spokeswoman said in an emailed statement.