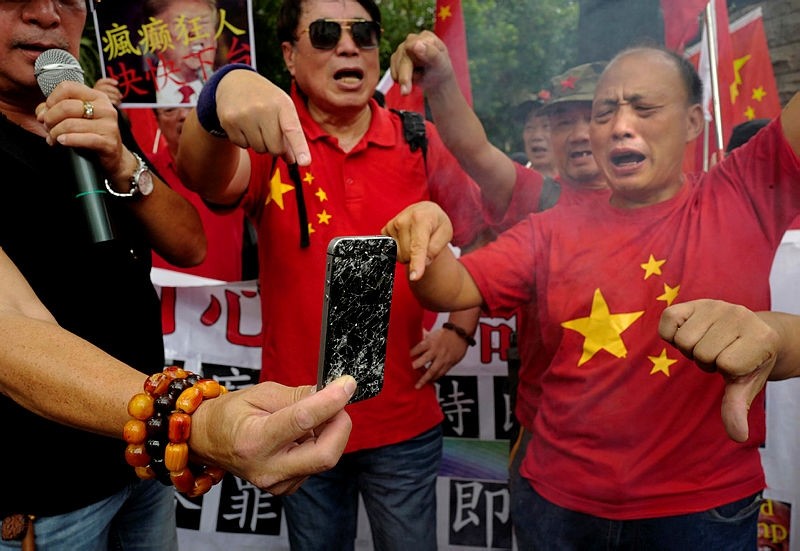 Pro-China protesters display a broken iPhone which was damaged by them during a protest against U.S. President Donald Trump's trade war against China outside of the U.S. Consulate Hong Kong, Monday, Oct. 1, 2018. (AP Photo)
by daily sabah
Oct 01, 2018 12:00 am

The escalating trade war between the two largest economies in the world, the United States and China, sparked protests in front of the U.S. embassy in Hong Kong over the weekend.

Pro-China protestors were photographed in front of the consulate burning U.S President Donald Trump placards and breaking U.S tech giant Apple's iPhones, in a statement against the trade war declared by Trump.

Trump ramped up tariff hike rhetoric in the spring, officially slapping U.S. tariffs on $50 billion of Chinese imports in July and August.

The U.S. added another $200 billion-worth of Chinese goods to the list in September, sparking retaliatory tariffs from China.

Economists and global economic bodies have warned that a fierce trade war could last years and only serve to hurt the U.S. economy in the long run.