Turkish agency comes to the aid of disaster-hit Indonesia 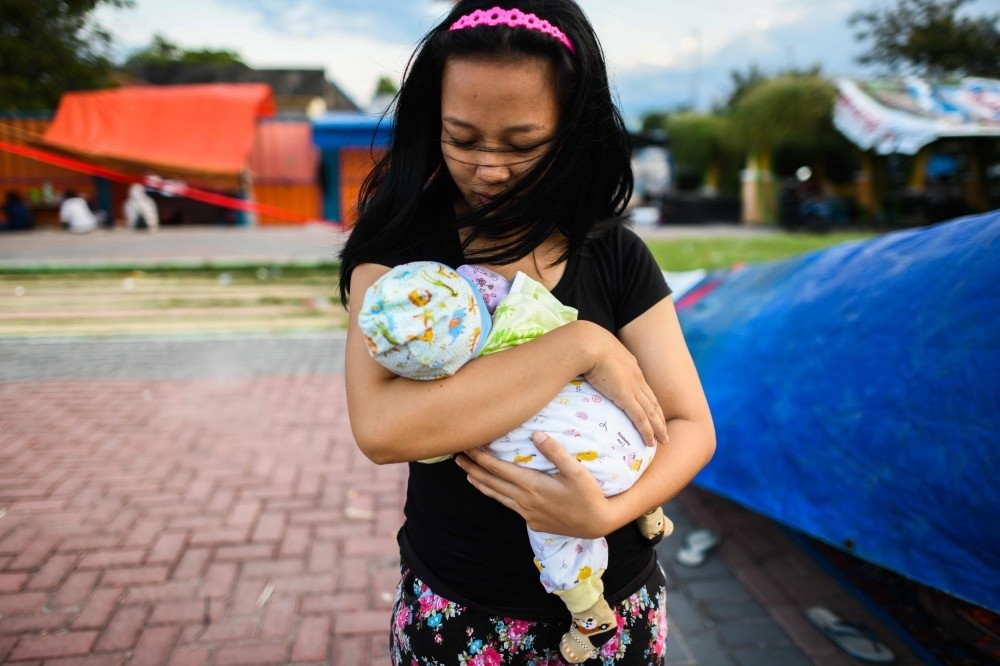 Turkish aid reaches victims in disaster-stricken areas of Indonesia as more than 1,200 people are now known to have died in the earthquake and tsunami

Turkey has mobilized to help rescue and recovery efforts in Indonesia as desperation has grown four days after an earthquake and tsunami decimated parts of the central Indonesian island of Sulawesi, leaving hungry residents grabbing food from damaged stores yesterday and begging the government for help. A Turkish aid group said on Monday that it has reached 2,000 earthquake and tsunami victims in disaster-stricken areas of Indonesia.

A 7.7-magnitude quake hit the island of Sulawesi on Friday, triggering a tsunami and claiming at least 1,234 lives in the island's capital, Palu, according to disaster management authorities.

The Istanbul-based Humanitarian Relief Foundation (IHH) was the first aid agency to respond to the emergency from Turkey, the group said in a statement on Monday. The foundation had sent a five-person team as soon as the devastating earthquake struck and launched a fundraising campaign for the quake victims. IHH teams have delivered food and shelter provisions to 2,000 people so far, according to the statement. "The IHH will continue its activities in the region until the end of the crisis," the statement added.

The Turkish Red Crescent and IHH were the first international responders to provide humanitarian and emergency support to the victims of the quake and resulting tsunami, according to an Anadolu Agency (AA) official.

About 10 nations and the European Union pledged aid after Indonesian President Joko "Jokowi" Widodo appealed for international help. Little of that, however, has arrived yet in the quake zone as residents became increasingly desperate.

The United Nations also said that it is "mobilizing" to assist government-led rescue and recovery efforts in Indonesia after a devastating earthquake and tsunami resulted in mass devastation on the island of Sulawesi.

"I have been following the unfolding tragedy in Indonesia; our hearts go out to all affected by the earthquake & tsunami," Secretary-General Antonio Guterres said on Twitter. "My deepest condolences to all who have lost family and friends."

Guterres did not specify what precisely the U.N. is preparing to do to bolster Jakarta's response efforts but his spokesman, Farhan Haq, told reporters at the organization's New York headquarters the Indonesian government on Monday accepted offers of international assistance "that are in line with current needs, which according to the national disaster management agency (BNPB), include food, shelter materials, fuel and generators, clean water and medical assistance."

Desperation was visible in Palu as well. Signs propped along roads read "We Need Food" and "We Need Support," while children begged for cash in the streets and long lines of cars snarled traffic as people waited for gas. Teams were searching for trapped survivors under destroyed homes and buildings, including a collapsed eight-story hotel in Palu, but they needed more heavy equipment to clear the rubble. Nearly 62,000 people have been displaced from their homes, Nugroho said. Many people were believed to be trapped under shattered houses in the Palu neighborhood of Balaroa, where the earthquake caused the ground to heave up and down violently.

Indonesia is frequently struck by earthquakes, volcanic eruptions and tsunamis because of its location on the "Ring of Fire," an arc of volcanoes and fault lines in the Pacific Basin. A powerful quake on the island of Lombok killed 505 people in August, and two moderate quakes near an eastern island yesterday reportedly damaged a bridge. The vast archipelago is home to 260 million people on more than 17,000 islands that stretch a distance similar to that between New York and London. Roads and infrastructure are poor in many areas, making access difficult even in the best of conditions.