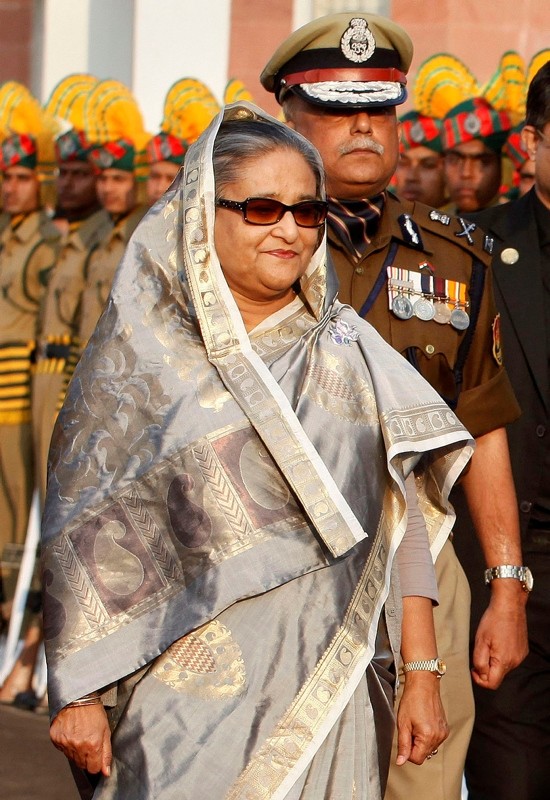 Bangladesh's cabinet approved a new draft law Monday that introduces the death penalty for drug offenses in an attempt to curb the spread of high potent drugs.

Prime Minister Sheikh Hasina launched the campaign ahead of a general election due by December, but the killings have prompted fears among rights groups of a bloody Philippine-style campaign to wipe out drugs.

The Narcotics Control Act defines methamphetamines, also known as "yaba", and other drugs, such as "shisha", as narcotics for the first time, Cabinet Secretary Mohammad Shafiul Alam told reporters after the meeting chaired by Hasina.

"It proposes the death sentence as maximum punishment for producing, smuggling, distributing and using more than 5 gm of 'yaba'," he said, adding that possession of less than 5 gm (0.18 oz) would attract a maximum jail term of five years.

Alam said the stern punishment was needed to curb the spread of the highly potent stimulant smuggled in from neighboring Myanmar.

Bangladesh has said an influx last year of Rohingya fleeing Buddhist-majority Myanmar is partly to blame for soaring methamphetamine use.

But many Rohingya say their young people are being pushed into crime because they cannot legally work or, in many cases, receive aid.

According to Amnesty International, more than 750,000 Rohingya refugees, mostly children, and women, fled Myanmar and crossed into Bangladesh after Myanmar forces launched a crackdown on the minority Muslim community in August 2017.

The U.N. has documented mass gang rapes, killings -- including of infants and young children -- brutal beatings and disappearances committed by Myanmar state forces. In a report, UN investigators said such violations may have constituted crimes against humanity.

Hasina has vowed to continue the campaign until Bangladesh is freed of the drug menace, but critics say it as a sign of her increasingly authoritarian rule ahead of the election.

In more than a third of the killings recorded by Dhaka-based human rights group Odhikar since mid-May, the suspects were arrested before they were killed.

The government has dismissed accusations of extrajudicial killings, saying the crackdown has popular support.