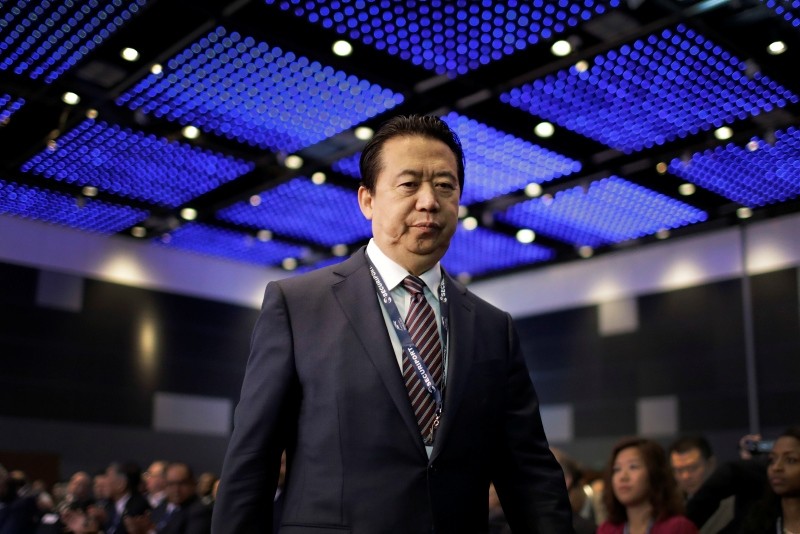 Ex-Interpol President, Meng Hongwei, walks toward the stage to deliver his opening address at the Interpol World congress in Singapore. (AP File Photo)
by Associated Press
Oct 08, 2018 12:00 am

Chinese authorities say they are investigating the former president of Interpol for bribery and other crimes and indicate that political transgressions may have also landed him in trouble.

In a statement posted on a government website Monday, the authorities said Meng Hongwei, China's vice minister for public security, was being investigated due to his own "willfulness and for bringing trouble upon himself."

Interpol announced Sunday that Meng had resigned as president of the international police agency, effective immediately, shortly after China made a brief announcement that Meng was under investigation.