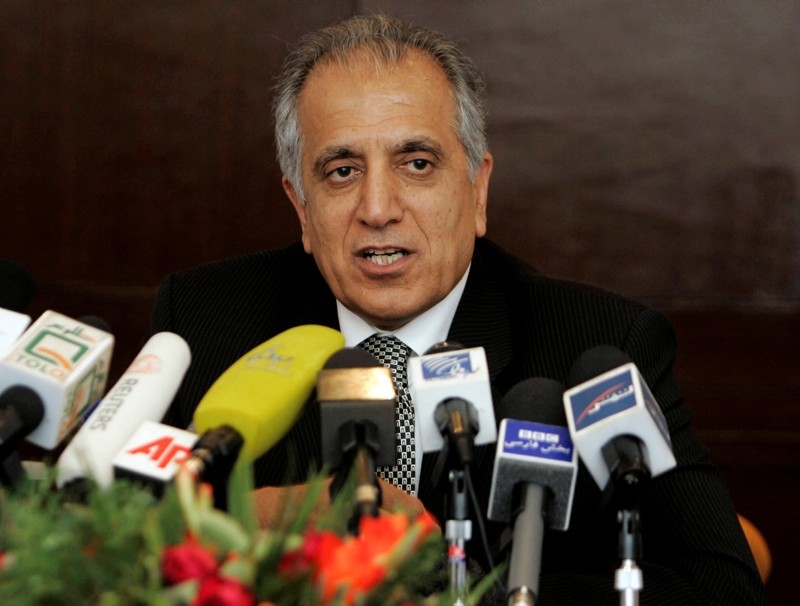 Taliban leaders and the newly-appointed U.S. special envoy for peace efforts in Afghanistan will continue to hold meetings to discuss ways to end the ongoing war, the Taliban said in a statement on Saturday in the first official confirmation of talks between the two sides.

Zalmay Khalilzad, an Afghan-born U.S. diplomat, met with Taliban leaders in Doha, Qatar on Friday in an effort to find a way to end the 17-year-old war in Afghanistan.

"Both sides spoke (about) an end to the occupation and peaceful solution to the Afghan issue ... Both sides agreed to continue meeting in the future," Zabiullah Mujahid, the Taliban's spokesman, said in a statement.

The Taliban had reportedly met with U.S. officials in July after an unprecedented ceasefire in June which fueled hopes that negotiations could bring an end to fighting. The meeting was not confirmed on the record by either side.

But a wave of attacks by the Taliban and the Daesh group in recent months has poured cold water on the nascent optimism for peace.

A spokesman for the U.S. embassy in Kabul declined to comment on the Taliban statement. Khalilzad was in the Afghan capital Saturday meeting with President Ashraf Ghani and Chief Executive Abdullah Abdullah, AP reported citing the embassy as its source.

During the latest meeting, the Taliban told Khalilzad that the presence of foreign forces in Afghanistan was a "big obstacle" to peace, Mujahid said.

Both sides "agreed to continue such meetings."

Khalilzad arrived in Kabul from Qatar, winding up his first official trip since being named special envoy. He also visited Pakistan, the United Arab Emirates and Saudi Arabia.