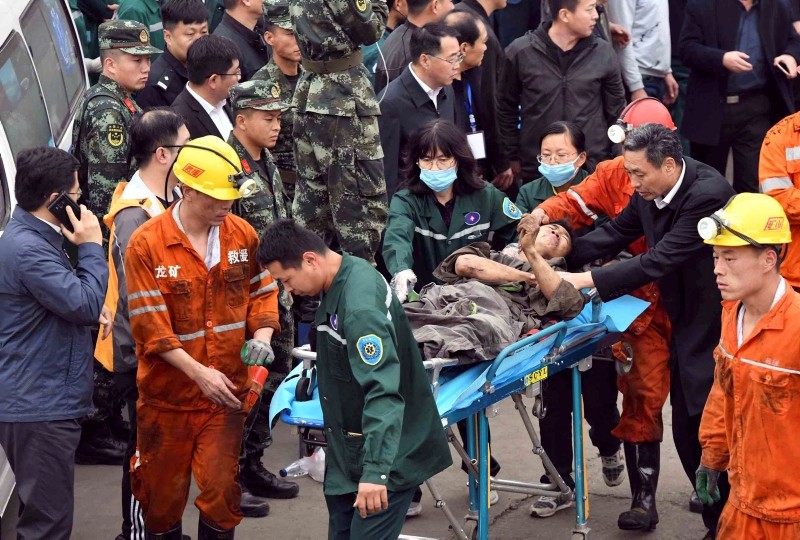 A worker is carried on a stretcher out of the Longyun coal mine in Yuncheng County, east China's Shandong Province. (AP Photo)
by Associated Press Oct 21, 2018 12:00 am

Two people died and 20 were trapped in a coal mine in eastern China on Sunday after a rock burst destroyed part of a mining tunnel, the official Xinhua News Agency reported.

The spontaneous fracturing of rock — a kind of earthquake induced by excavation — took place around 11 p.m. Saturday in Shandong province. Part of a water drainage tunnel was destroyed in the burst, Xinhua said, and two people were killed by fractured rocks that fell in the tunnel.

More than 300 people were working inside the mine at the time. Most have been successfully lifted to safety, while 20 remain trapped underground.

The incident "has nothing to do with workers' operations," an official with the Shandong Coal Mine Safety Supervision Bureau told The Associated Press by phone. The official, surnamed Tian, said nearly 140 rescuers were dispatched.

Ventilation has returned to around 200 meters (656 feet) of the damaged tunnel, Xinhua said.

The cause of the accident was being investigated.