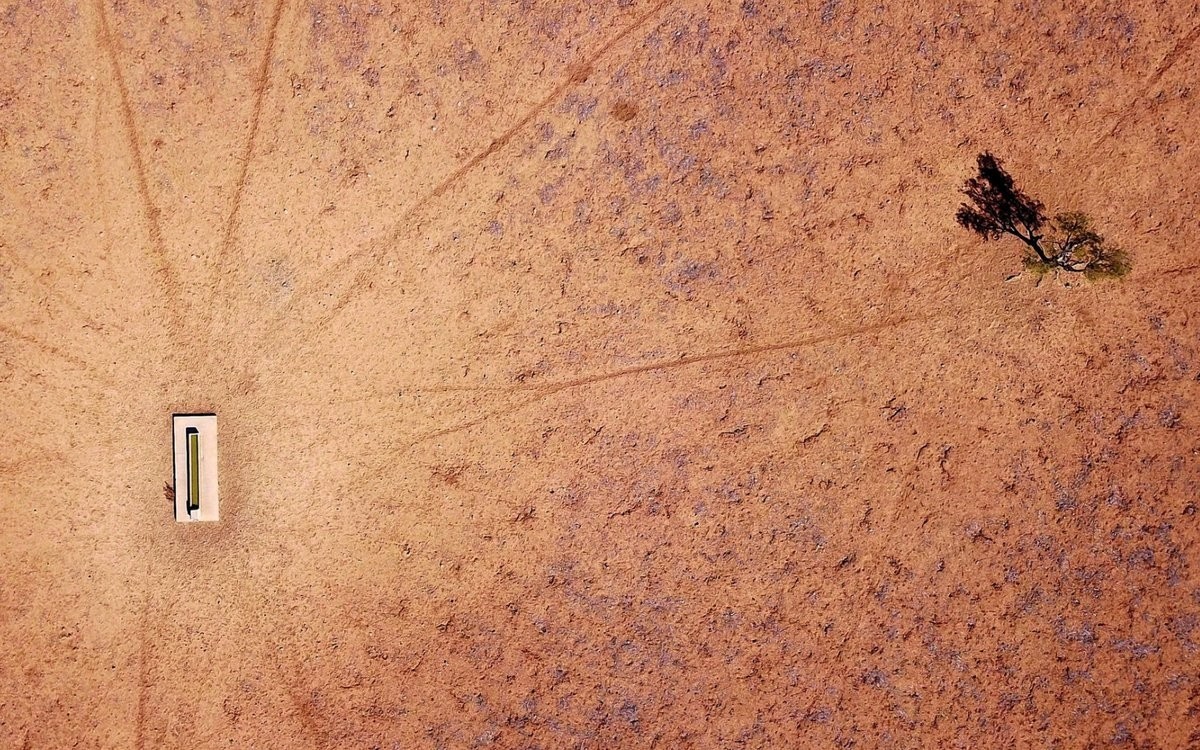 Australia is setting up a billion-dollar fund to "future proof" the country against droughts, Prime Minister Scott Morrison said Friday, as farmers struggle with a "big dry" forecast to continue for months.

Eastern Australia has been hit by a crippling drought -- in some areas for several years -- that has forced graziers to hand-feed their stock, sell them or even shoot them dead to stay afloat.

The severe conditions are expected to continue, with more areas further south drying out as the country heads into the southern hemisphere summer season, according to Bureau of Meteorology forecasts.

The unfolding crisis has sparked a raft of support measures from the government, including Aus$1.8 billion (US$1.3 billion) in financial aid for farmers and local communities launched in August.

Morrison said a new fund with a kitty of Aus$3.9 billion would be established to pay for drought resilience and water projects in the coming decade.

"(It) means we better future-proof against drought over the next 10 years and beyond," Morrison told commercial broadcaster Channel Nine ahead of a summit with agricultural leaders to discuss the drought.

"We are doing a lot to back the farmers in the rural communities. Focusing on relief, but also on recovery, build resilience into the future."

The government's Australian Bureau of Agricultural and Resource Economics (ABARES) said at the summit that the drought, while severe, covered a smaller area compared to a previous extreme dry in 2002-03.

But the bureau added that in the east, home to important areas for livestock and crops, rainfall was 40 percent lower than the 20-year average.

Even so, farm incomes were less likely to plunge as significantly as in previous drought periods amid "more favorable economic circumstances and other factors" such as improved productivity, ABARES said. 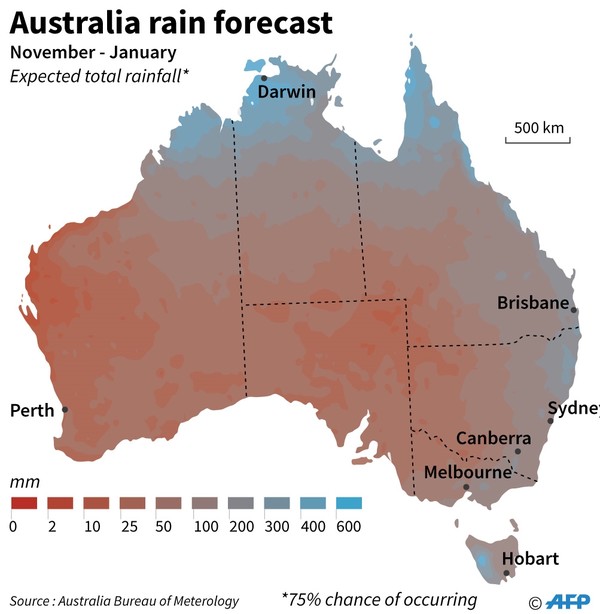 The drought, coupled with damaging frost in some areas, is set to produce the smallest winter grain crop in 10 years, according to a forecast from Rabobank, a specialist agribusiness bank.

"The 2018/19 winter crop will go down as one of the worst in eastern Australia's history," it said in a report this week.

The weather bureau meanwhile forecast that the next three months would be drier and warmer than average, meaning "a low chance of recovery for drought-affected areas of eastern Australia".

Farmers have received some rain relief over the past month, but experts say the wet spell is not enough to break the drought after the extended dry period, and the heaviest downpours mostly fell in less affected areas.

The weather bureau's long-range forecasts chief Andrew Watkins told AFP more areas are drying out, such as in Victoria, southeast South Australia and the southern coast of Western Australia states.

The worst-hit areas have so far been in the eastern interior -- western New South Wales and southwestern Queensland.

Queensland is currently experiencing a heatwave, with the inland outback town of Birdsville reaching a sizzling 44.7 degrees Celsius (112.5 degrees Fahrenheit) on Thursday -- very high temperatures for this time of the year.

Watkins said there were two major climate drivers set to keep conditions drier and warmer in the near-term -- the warming El Nino weather phenomenon in the Pacific Ocean which has a 70 percent chance of forming this year, and the Indian Ocean Dipole.