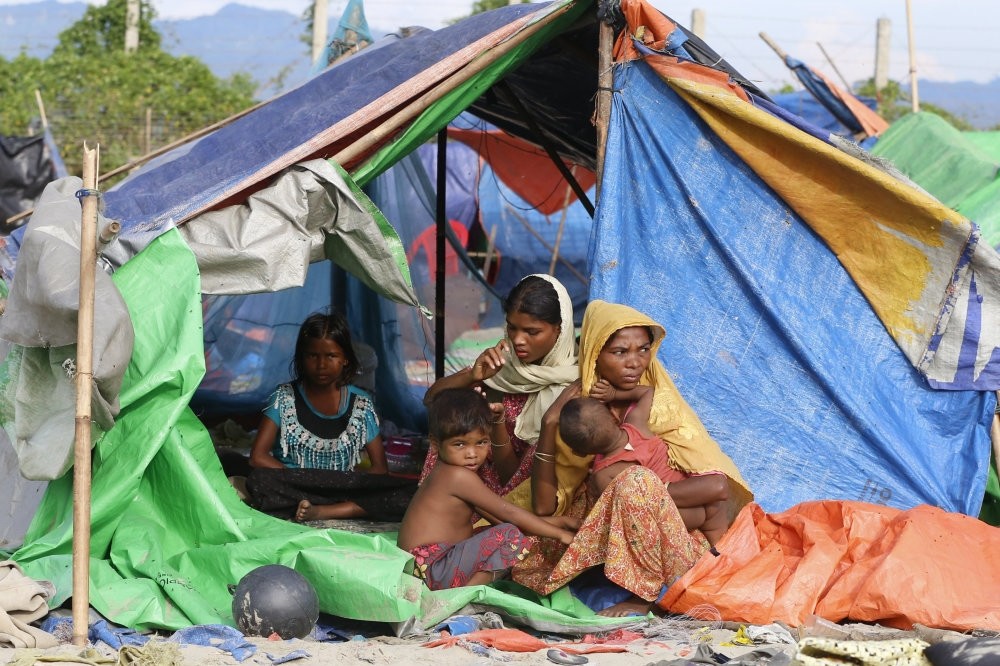 The stateless Rohingya have been the target of communal violence and vicious anti-Muslim sentiment in mainly Buddhist Myanmar for years.
by Compiled from Wire Services Oct 26, 2018 12:00 am

Genocide is still taking place against Rohingya Muslims in Myanmar as the country's military have killed an estimated 10,000 Rohingya

Genocide is still underway against Myanmar's Rohingya Muslims, a U.N. fact-finding team said Wednesday as it presented a report at the Security Council calling for the matter to be referred to the International Criminal Court.Marzuki Darusman, chair of the U.N. fact-finding mission on Myanmar, said thousands of Rohingya are still fleeing to Bangladesh, and the estimated 250,000 to 400,000 who have stayed following last year's brutal military campaign in the Buddhist-majority country "continue to suffer the most severe" restrictions and repression. "It is an ongoing genocide that is taking place at the moment," he told a news conference Wednesday.

Darusman said the requirements for genocide, except perhaps for killings, "continue to hold" for Rohingya still in Myanmar's northern Rakhine state. These include causing serious bodily harm, inflicting conditions designed to destroy the Rohingya, and imposing measures to prevent births, he said.

Nearly 1 million Rohingya Muslims, driven away from their homes in neighboring Myanmar, are living in squalid camps in the southeastern Bangladeshi district of Cox's Bazar. Of them, more than 700,000 crossed the border into Bangladesh after Myanmar launched a brutal military crackdown in August 2017 in response to insurgent attacks on security posts in northern Rakhine State.

Myanmar has rejected accusations that its military committed atrocities in the crackdown last year that forced 720,000 Rohingya to flee over the border to Bangladesh. The conflict has also seen some 390 villages destroyed and 10,000 Rohingya killed, said Darusman. "The conditions are not in place for a safe, dignified and sustainable return of the Rohingyas in Bangladesh," to Myanmar, he warned, adding any attempt would just risk more deaths. He added Myanmar's internal inquiries have "proven to be ineffective failures" so far.

The U.N.-backed investigators presented a report last month that painted a grim picture of crimes against Rohingya. The report found that certain members of the Myanmar army have participated in genocide against Rohingya Muslims, many of who fled to neighboring Bangladesh. The 444-page United Nations fact-finding report has called the crimes committed by the Myanmar army "the gravest crimes under international law." Referring to previous U.N. reports, the report listed similar actions taken by the Myanmar army and government in the past against the Rohingya.

Rohingya Muslims are the most persecuted minority in the world according to U.N. figures and continue to suffer from oppression under the Myanmar government, the army and Buddhist extremists. Over the past decade, thousands of Rohingyas have been killed since violence broke out in 2008, causing hundreds of thousands to flee their homeland for Bangladesh, Malaysia and other countries in the region. Although the numbers are contested, it is known that thousands of people have been killed in last few years, while more than a million had to flee. The Myanmar army has set Rohingya villages on fire, bulldozing many of them and even uprooting trees and farms to make the area uninhabitable.