Tensions high as Rohingya subjected to forced return to Myanmar 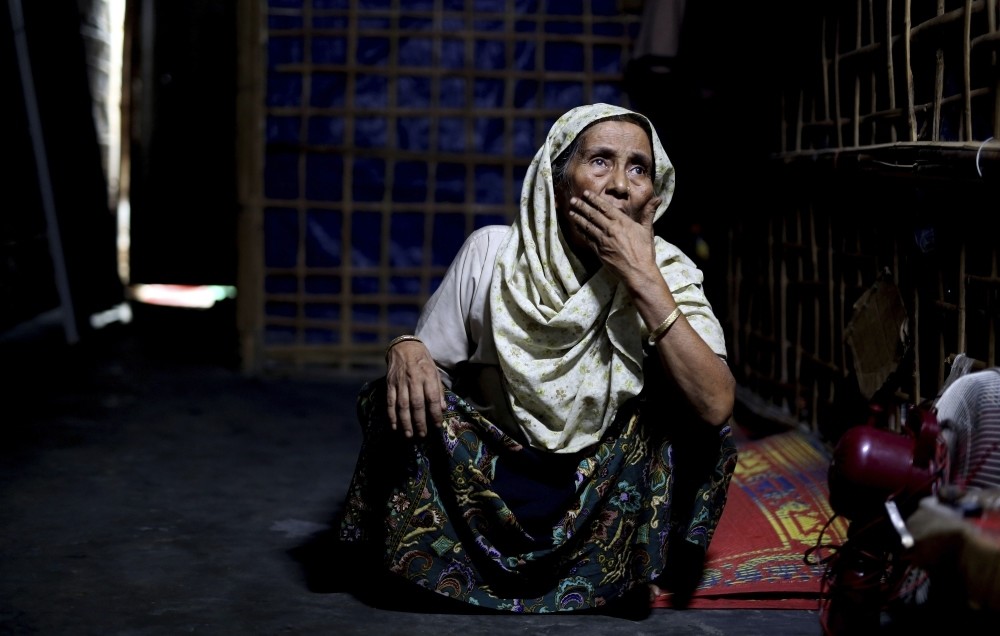 An elderly Rohingya refugee sits inside a family shelter in Kutupalong refugee camp, Bangladesh, Aug. 28.
by Compiled from Wire Services Nov 15, 2018 12:00 am

As Bangladesh begins repatriating Rohingya to Myanmar, many refugees are panicking at the prospect of being sent back against their will

Bangladesh's repatriation commissioner Abul Kalam said that 30 refugee families would be transferred today at the Gundrum border point near Cox's Bazar, where refugees have been living in cramped camps. Many of the million refugees in the teeming camps have expressed terror at the prospect of returning to Buddhist majority Myanmar, where U.N. investigators say they were targeted in a military campaign that amounted to genocide.

Some families listed to return have fled, community leaders and refugees have told Agence France-Presse (AFP), hiding in the hills where more than 720,000 Rohingya sought refuge from a Myanmar military crackdown launched from August last year.

They joined some 300,000 Rohingya already living in squalid camps in Bangladesh's southeast for years, having fled previous waves of violence in Rakhine State.

According to a U.N.-brokered deal with Myanmar and Bangladesh, all repatriations must be voluntary.

The U.N. human rights office said it continued to receive reports of ongoing violations against Rohingya still in Myanmar and urged Dhaka to reconsider. "We are witnessing terror and panic among those Rohingya refugees in Cox's Bazar who are at imminent risk of being returned to Myanmar against their will," U.N. High Commissioner for Human Rights Michelle Bachelet said in a statement. "Forcibly expelling or returning refugees and asylum seekers to their home country would be a clear violation of the core legal principle of non-refoulement, which forbids repatriation where there are threats of persecution or serious risks to the life and physical integrity or liberty of the individuals."

The Brussels-based think tank International Crisis Group (ICG) urged Bangladesh to halt the plan to return Rohingya refugees to Myanmar. "Myanmar and Bangladesh should halt the plan and instead work to create conditions conducive to a safe and dignified return," the ICG said in a statement entitled "Bangladesh-Myanmar: The Danger of Forced Rohingya Repatriation." It warned a forced repatriation carried serious risks for security and stability on both sides of the border and would escalate tensions in the camps as well as leading to confrontations between the refugees and Bangladeshi security forces.

The aid groups say that while it is true that Rohingya refugees want to return to their homes in Myanmar, they consistently say they will only do so after Yangon guarantees their citizenship, freedom of movement and physical safety. The stateless Rohingya have been the target of communal violence and vicious anti-Muslim sentiment in mainly Buddhist Myanmar for years. Myanmar has denied citizenship to the Rohingya since 1982 and excludes them from the 135 ethnic groups it officially recognizes, which effectively renders them stateless.