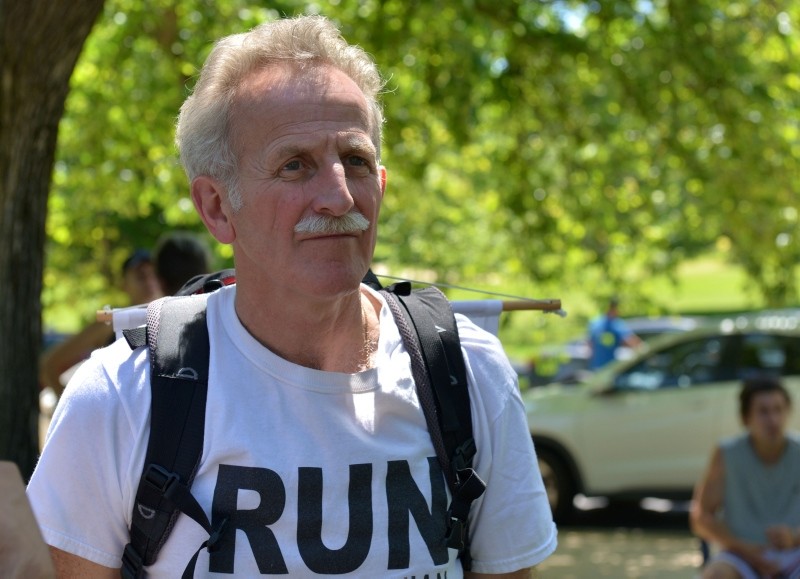 Australian human rights activist John Salisbury started a 727-kilometer (452-mile) walk from Melbourne to Adelaide to support an initiative to officially recognize the State of Palestine in his country.

After attending an event titled "Run for Palestinian Human Rights" in Melbourne, Salisbury on Sunday started his journey, which is expected to take one month.

Salisbury told Anadolu Agency (AA) that he aims to complete his walk in front of the Adelaide Congress Centre on Dec. 16, when the venue will be hosting the main opposition Australian Labor Party (ALP) National Conference, which will include a discussion on recognition of the Palestinian state.

Criticizing the Australian Prime Minister Scott Morrison's remarks on moving the country's embassy in Tel Aviv to Jerusalem, Salisbury said: "This is what Israelis want, a completely wrong path that doesn't help the cause of Palestine in any way. What we have to do is to send a message to Israel that they can't have everything they want. Palestinian people deserve a place that is their own and we should support their effort. Because they have been suffering for a long time."

The activist added that the ALP accepting the recognition of Palestine as a party policy and winning the May 2019 elections would pave the way for Australia's official recognition of the Palestinian state.

Previously Salisbury has twice completed a 286-kilometer walk between Sydney and Canberra for the same cause.