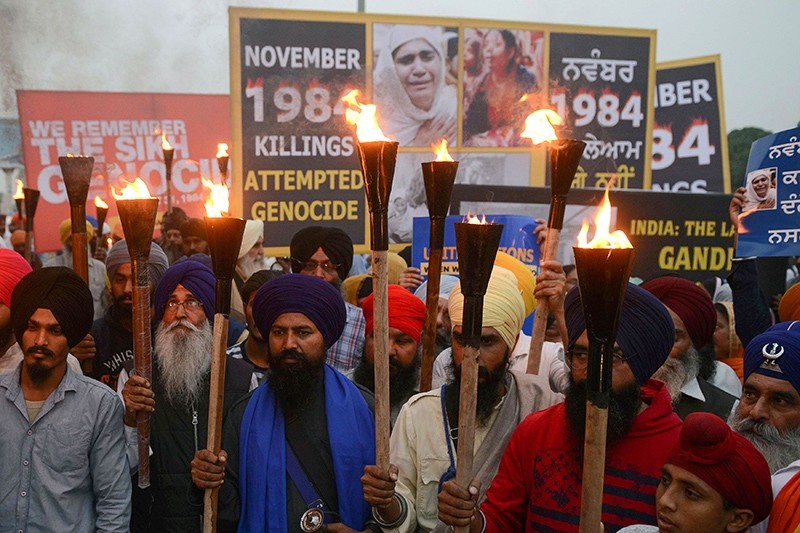 An Indian court Tuesday handed down a rare death sentence over anti-Sikh riots in 1984 that left nearly 3,000 dead following the assassination of Prime Minister Indira Gandhi.

Relatives of victims rejoiced in Delhi after the judge announced the sentence, the first since 1996. It follows the setting up of a special probe in 2015.

The 1984 carnage erupted just hours after then-Prime Minister Gandhi was killed by her Sikh bodyguards.

It lasted three days with Sikhs raped and murdered, their homes and businesses torched.

The violence across the country but mostly in New Delhi saw people dragged from their homes and burned alive.

Few have been brought to justice over the massacre, with government-appointed commissions in the past failing to prosecute more than a handful of minor cases.

Gandhi was shot dead after ordering Indian troops to storm the Golden Temple, Sikhism's holiest shrine in the northern state of Punjab.

The operation was to flush out separatists from the minority faith holed up inside.

Sikh leaders say the death toll from the pogrom that followed far exceeded the official figure of 3,000, and accuse leaders of Gandhi's Congress party of fanning the violence.

India's top investigating agency had blamed senior Congress leader Sajjan Kumar for inciting the mobs, but he was acquitted by a court in 2013.

Sikhs in India make up around 20 million people, a little under two percent of India's population of 1.25 billion people. Worldwide they number around 27 million.