Fears of boat exodus as smugglers prey on desperate Rohingya 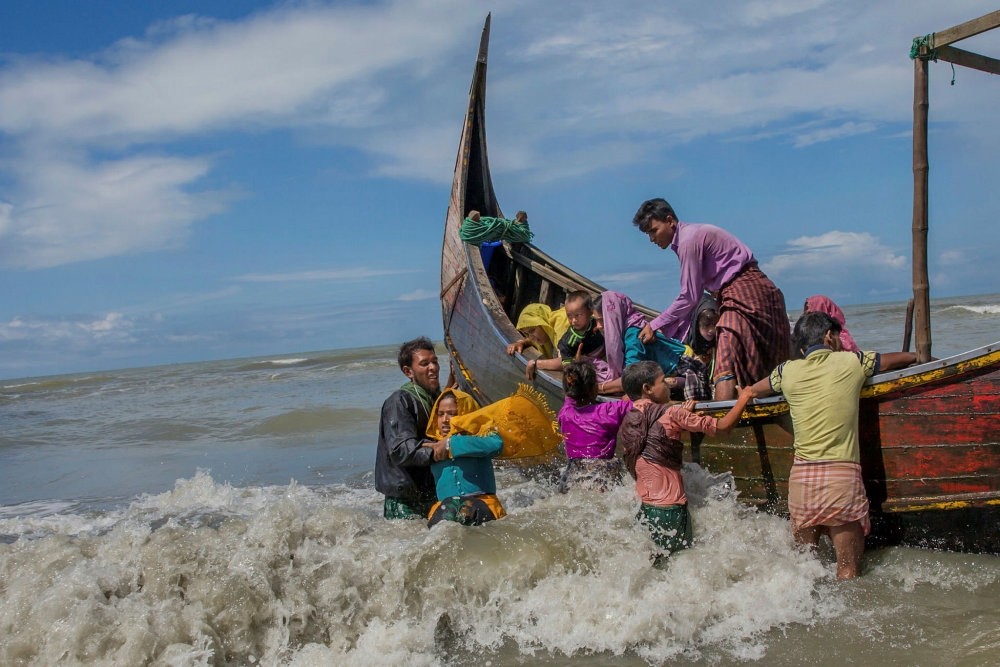 As desperation swells in the squalid camps that are home to a million Rohingya refugees, long-dormant, and often deadly, trafficking networks are being revived, Bangladeshi officials warn. Smugglers operating rickety fishing boats prey on the hopes of people who fled violence in Myanmar, charging them small fortunes for a dangerous journey to Southeast Asia, offering an empty promise of a fresh start.

The first vessel to depart Bangladesh for Malaysia since the end of the monsoon was intercepted by law enforcement, who warn others will follow. Many in the heaving Rohingya ghettos of Cox's Bazar feel they have no other option but to try to escape, community leaders and aid workers say.

A deal to safely return the persecuted Muslims to Myanmar has failed, condemning them to limbo and deprivation in fetid camps where they are barred from leaving or looking for work to improve their lot.

Sensing a surge, coastguard patrols have been stepped up since the first boat was detected in November in the Bay of Bengal, said Ikbal Hossain, deputy police chief in Cox's Bazar. Another boatload of refugees who fled a camp in Myanmar were found off the country's southern coast in November after spending 15 days at sea in a failed attempt to reach Malaysia.

"As the sea turns calm, the smuggling rackets have resumed their activities. But we have a zero tolerance attitude toward human trafficking," Hossain told Agence France-Presse (AFP). But he said traffickers were difficult to detect in the teeming hills where more than 720,000 Rohingya sought refuge after a brutal crackdown by the Myanmar military in August 2017.

At its peak, transnational smuggling networks passed refugees from boat to boat before docking in Thailand and moving them overland to secret campsites in Malaysia. That route collapsed in May 2015, when shallow graves were found at migrant holding camps along the Thai-Malaysia border.

As authorities closed in, traffickers abandoned boats in the Andaman Sea, leaving starving and dehydrated passengers to drift south. No one knows exactly how many died in the transit camps or at sea. Local authorities fear another exodus is looming, as traffickers return to old tricks to lure vulnerable refugees onto ships.

Nearly 1 million Rohingya Muslims, driven away from their homes in neighboring Myanmar, are living in squalid camps in the southeastern Bangladeshi district of Cox's Bazar. Of them, more than 700,000 crossed the border into Bangladesh after Myanmar launched a brutal military crackdown in August 2017 in response to insurgent attacks on security posts in northern Rakhine State. Myanmar has rejected accusations that its military committed atrocities in the crackdown last year that forced 720,000 Rohingya to flee over the border to Bangladesh. The conflict has also seen some 390 villages destroyed and 10,000 Rohingya killed, Marzuki Darusman, chair of the U.N. fact-finding mission on Myanmar, said last month.