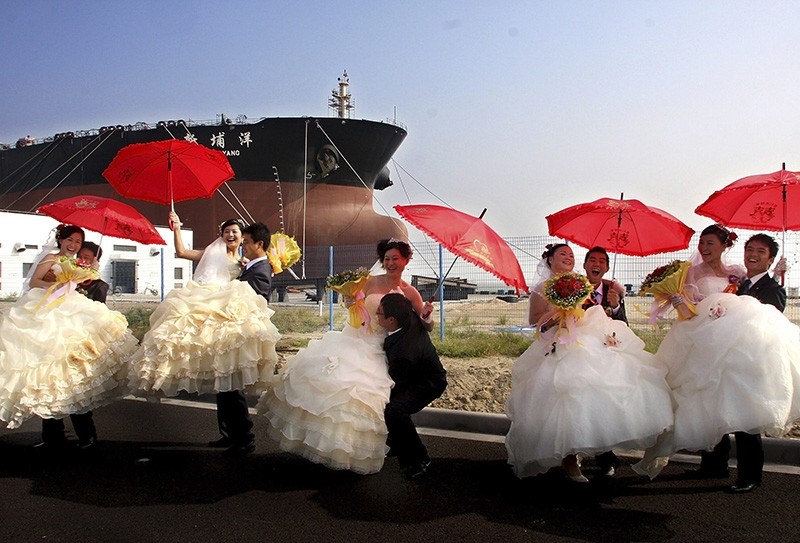 The Chinese government is moving to restrict extravagant wedding ceremonies, calling for "comprehensive reform" against "vulgar wedding practices" that it says don't reflect the country's values.

At a wedding reform conference on Saturday, civil affairs ministry officials called for an end to "rampant money worship," manifest in lavish gifts and escalating bride prices, money that the groom's family pays to the bride's family.

The officials said weddings should "better reflect" the country's communist values, specifically the president's heavily promoted ideology, "Xi Jinping Thought," according to a report in the British daily The Guardian.

While bride prices have long been a sign of wealth and status, demands for higher bride prices are in part motivated by the imbalance of males and females in China, due to the Communist Party's population control policies.

In some cases, the family of the bride can demand not just cash, but also jewelry, cars and houses. These hiked bride prices are often dozens of times higher than the annual incomes of those paying them, especially in rural areas.

Rural areas in particular have seen an exponential rise in wedding costs in the past two decades, The Guardian said. In one village in central Hubei province, bride prices had ballooned to 200,000 yuan (nearly $30,000), 10 times the average salary in the village, where most locals earn a living by growing pears. To address the issue in the Da'anliu farming village, officials in August said anyone paying more than 20,000 yuan – one year's salary – would be prosecuted on charges of human trafficking.

Last year, Taiqian county in central Henan province set restrictions on the number of guests and price of gifts, aiming to ease expenses. County officials limited guests to a maximum of 200 people or 10 tables. Wedding gifts could not exceed 60,000 yuan ($8,710) in price. Houses and cars were outlawed as gift options and families could not take out debt to pay for the wedding.

However, despite government efforts to rein in spending, researchers say laws will likely prove insufficient to change the traditions, especially in rural areas. Government officials have advised local leaders to encourage "elegant and meaningful" alternative solutions, such as group weddings.