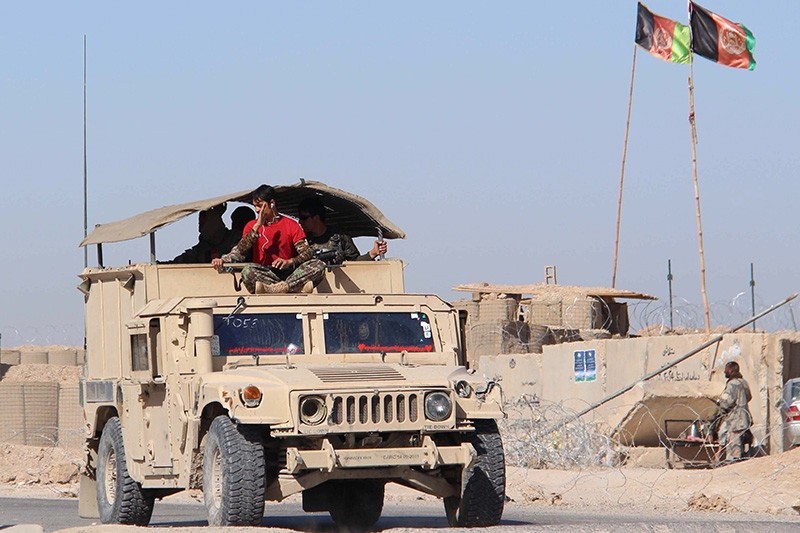 A key Taliban commander in Afghanistan was killed in a U.S. airstrike on Saturday night, local government officials and the Taliban said.

Mohammad Yasin, governor of restive southern Helmand province, told Anadolu Agency that Mullah Abdul Manan was targeted along with his guards in the Nauzaad district late on Saturday.

He added that the notorious Taliban commander involved in nationwide terrorist attacks succumbed to his wounds on Sunday.

According to the local Khama Press, Mullah Abdulu Rahim alias Mullah Abdul Manan -- who was the group's shadow governor for Helmand -- was killed with his four comrades and two of his security guards.

Manan's death was also confirmed by the Taliban who in a statement described it as a "big loss" for the group but vowed that it will not affect their military operations.

Helmand -- the region that supplies the largest share of Afghanistan's opium crop -- has been the scene of bitter fighting for years with 10 out of 14 districts of the province either controlled or contested by the Taliban.

As a senior Taliban leader, Abdul Manan had led the insurgency group's expansion as it expanded control over the opium-rich province in recent years.

Afghan interior ministry spokesman Najib Danish said Manan was the militants' top military leader in southern Afghanistan and his death as a major blow to the Taliban.

"His death will lower the morale of the enemy, and result in (the) improvement of security in Helmand and other southern provinces," Najib Danish told AFP.

Danish said that 32 other Taliban fighters were also killed in the airstrike.

A U.S. force spokesman in Afghanistan confirmed the airstrike had killed the Taliban shadow governor.

"The Taliban should consider intensifying peace talks, not the fight. They're going to have trouble intensifying the fight when their fighters and leaders are under constant assault," Col. Dave Butler said in a statement.

The killing of the Taliban military leader comes despite increased efforts by the Afghan government and its Western backers to put an end to the 17-year war.

U.S. envoy Zalmay Khalilzad recently expressed hopes that a peace deal to end the war could be struck before the Afghan presidential election, scheduled for April.

At an international conference on Afghanistan in Geneva last Monday, Afghan president Ashraf Ghani said a 12-person negotiating team has been prepared for peace talks.

But the Taliban have rejected Ghani's overtures, calling the government in Kabul "impotent" and a "waste of time."

Ghani said the Afghan military has lost 28,529 soldiers in conflicts with the Taliban since 2015, when Afghan forces took over responsibility for national security from NATO.

The Taliban gained power in Afghanistan in 1996 after the civil war which followed the Soviet-Afghan war. They ruled Afghanistan for five years until the U.S.-led invasion that started in 2001.