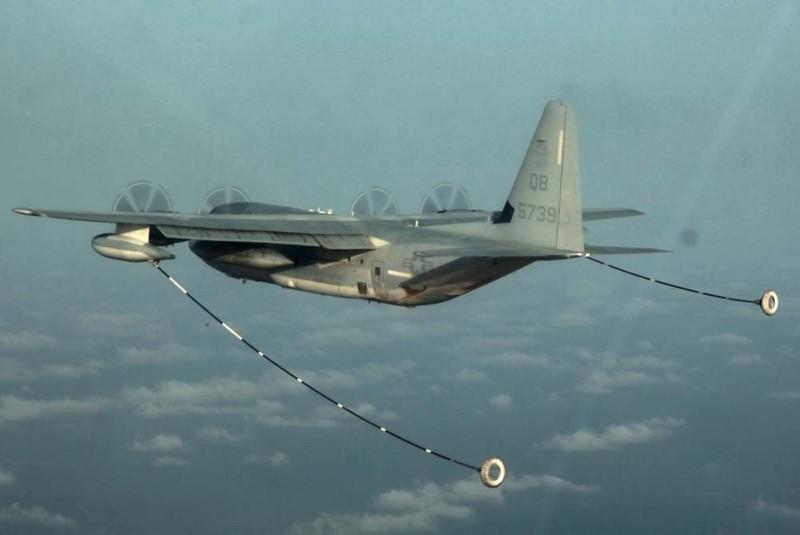 One of the U.S. Marines recovered after two Marine Corps aircraft collided and crashed into the sea off the coast of Japan has been declared dead, the U.S. officials said Thursday.

"One of the recovered Marines is in fair condition and the other has been declared deceased by competent medical personnel," a U.S. Marine Corps statement said. It added that search and rescue operations for the remaining five continues.

Earlier, Japanese and American officials had said they had found two Marines and while one was in stable condition details about the second were not known.

The incident early on Thursday involved one KC-130 aerial refueling plane and one F/A-18 Hornet, a twin-engine fighter jet, with a total of seven personnel on board.

"Search and rescue operations continue for U.S. Marine aircraft that were involved in a mishap off the coast of Japan around 2:00 a.m. Dec. 6," a Marine Corps press release said.

"The aircraft involved in the mishap had launched from Marine Corps Air Station Iwakuni and were conducting regularly scheduled training when the mishap occurred. Japanese search and rescue aircraft immediately responded to aid in recovery."

The U.S. military has about 50,000 troops stationed in Japan and accidents are not uncommon.

In November, a U.S. Navy fighter jet crashed into the sea off Japan's southern island of Okinawa and its two crew members were rescued alive.

And in November 2017, a C-2A "Greyhound" aircraft with 11 people on board went down in the Philippine Sea -- eight were rescued and the search was called off for the remaining three after a two-day search.

The U.S. military has also experienced difficulties with its Osprey helicopters, with several emergency landings, a deadly crash and a piece of the chopper falling on the grounds of a Japanese school.

Those incidents have stoked tensions between close military allies Washington and Tokyo and led to protests against the deployment of Ospreys by residents living near U.S. bases.

Iwaya said the incident was "regrettable but at this point we are doing our utmost to rescue those still missing."

"Later, if we get to know the details of the accident, we will take appropriate measures," added Iwaya.

He said that there was no information that any passing vessels were affected by the crash.

Yoshihiko Fukuda, mayor of Iwakuni that hosts the U.S. base where the two aircraft were based, told the city assembly he had asked the military to halt operations until the cause of the accident became clear.

"I will urge the government and the U.S. military to take thorough measures in finding out the cause of the accident and preventing a repeat," said Fukuda.

The U.S. ambassador to Japan, Bill Hagerty, said he was sending "heartfelt thoughts and prayers to families and colleagues of those still missing" and also praised the Japanese response.