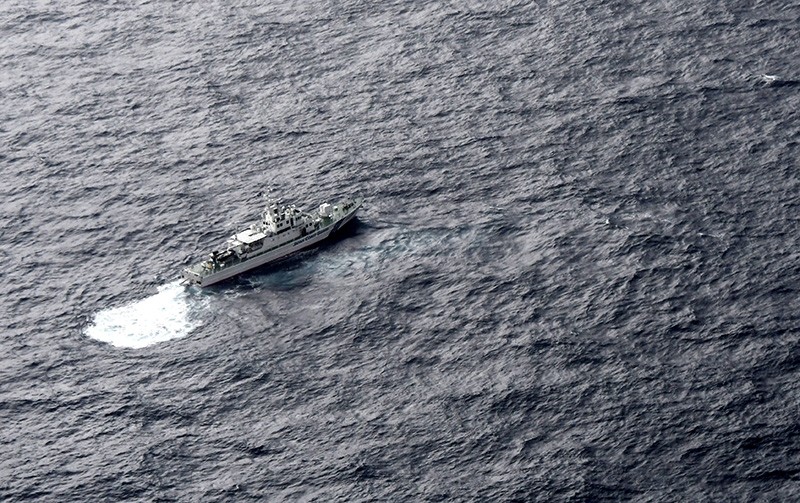 The announcement brings the final toll in the Dec. 6 crash to six, with a seventh crew member rescued after the deadly incident.

The crash involving an F/A-18 fighter jet with two crew onboard and a KC-130 refueling tanker with five crew occurred in the early morning around 100 kilometers (55 nautical miles) off the cape of Muroto in southwestern Japan.

It prompted a massive search and rescue operation, which the U.S. military said had now been called off.

"We know this difficult decision was made after all resources were exhausted in the vigorous search for our Marines," Lieutenant Colonel Mitchell Maury, commander of the U.S. Marine Corps' (USMC) Marine Aerial Refueler Transport Squadron, said in a statement.

"Our thoughts are heavy and our prayers are with all family and friends of all five aircrew."

"Every possible effort was made to recover our crew and I hope the families of these selfless Americans will find comfort in the incredible efforts made by U.S., Japanese, and Australian forces during the search," said U.S. Marine Corps Lieutenant General Eric Smith, commanding general of the III Marine Expeditionary Force.

The accident was initially reported to have happened during a refueling operation, but the military said Tuesday this had not been confirmed and that the circumstances were still under investigation.

There are around 50,000 U.S. troops stationed in Japan and accidents are not uncommon.

In November, a U.S. navy fighter jet crashed into the sea off Japan's southern island of Okinawa and its two crew members were rescued alive.

And in November 2017, a C-2A "Greyhound" aircraft with 11 people on board went down in the Philippine Sea -- eight were rescued and the search was called off for the remaining three after a two-day search.

The U.S. military has also experienced difficulties with its Osprey helicopters, with several emergency landings, a deadly crash and a piece of a chopper falling on the grounds of a Japanese school.

Those incidents have stoked tensions between close military allies Washington and Tokyo and led to protests against the deployment of Ospreys by residents living near U.S. bases.

The spate of incidents has prompted Congress to hold hearings to address concern over the toll on personnel and equipment taken by continuous combat operations, deferred modernization, lack of training and aging equipment.