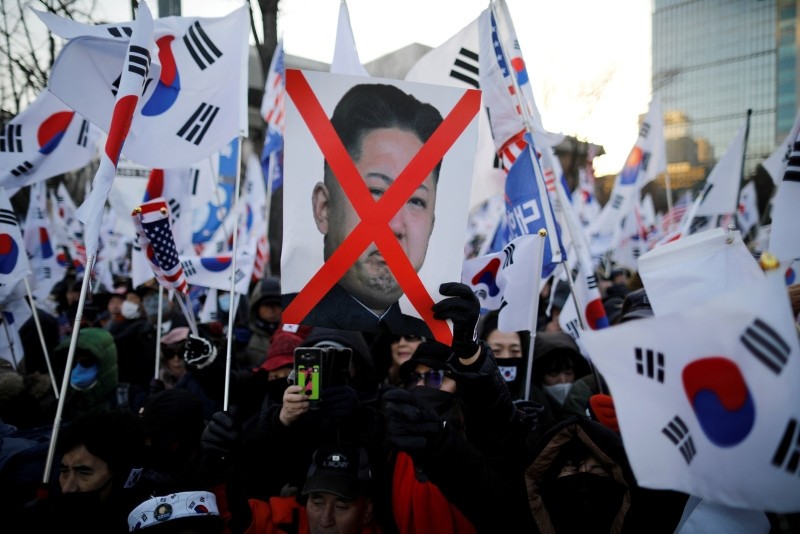 About 100 demonstrators attended the protest organized by the far-right Korean Patriots Party.

Within the reconciliation process between two Koreans, there will be a diplomatic visit by Kim Jong Un to the South Korean capital, according to Kim administration sources, however, the date has not been specified yet.

"Once (Kim) steps on our land he will be captured and no one can take responsibility for what will happen afterward," Ihn Ji-yeon, a leader with the far-right Korea Patriots Party told Reuters at the rally.

At their summit in Pyongyang in September, Kim told South Korean President Moon Jae-in he would visit Seoul "at an early date." South Korean officials pressed for it to happen this year, but they now say that appears unlikely.

Any summit in Seoul would likely be overshadowed by a lack of progress on negotiations between North Korea and the United States over Pyongyang's nuclear weapons programme.

Baek Seung Joo, Liberty Korea Party chairman said earlier in a statement that if Kim is to visit Seoul then "what our government should never do is to prepare an artificial welcome by blocking anti-Kim demonstrators."

Saying that the demonstrators should express themselves freely, Baek added that these kinds of preventions limit the "freedom of expression."