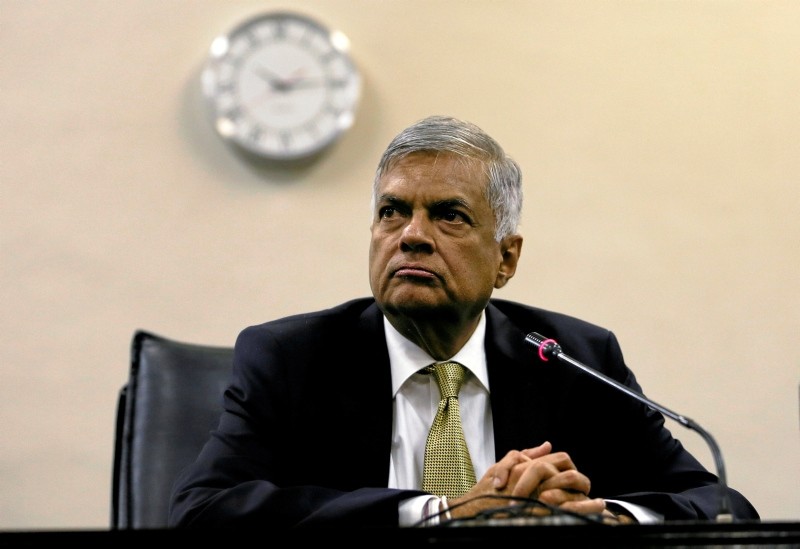 Sri Lanka's president reappointed Ranil Wickremesinghe as prime minister on Sunday, nearly two months after firing him and setting off a long political stalemate in the South Asian island nation. The move promises to ease the crisis, but could also be the beginning of a difficult cohabitation between Wickremesinghe and President Maithripala Sirisena, who are now in rival camps. A new Cabinet is expected to be sworn in soon.

Wickremesinghe's United National Party said on its official Twitter account that Wickremesinghe took the oath before Sirisena. The swearing in took place privately, with only a few lawmakers in attendance.

"Now I will assume duties of the office of prime minister," Wickremesinghe told cheering supporters gathered at his official residence after he was sworn in. "Unfortunately, during the past few weeks, the progress of this country and the development programs that we undertook were stalled," he said. "Not only that, the country went backward. Today we commit firstly to bring back normalcy and resuming the development program."

Still, Rajapaksa continued to hold office with Sirisena's support, and his opponents went to court. The Court of Appeal suspended Rajapaksa and his Cabinet from functioning in their offices. Rajapaksa asked the Supreme Court to lift the suspension, but it refused and extended the suspension until mid-January, forcing Rajapaksa to resign on Saturday.

Sri Lanka had been without a government from the time Rajapaksa was suspended by the Court of Appeal and was facing the danger of being unable to spend government money from Jan. 1 without a budget. It is also committed to repay $1 billion in foreign debts in January.