3rd Canadian arrested amid diplomatic spat between Canada and China 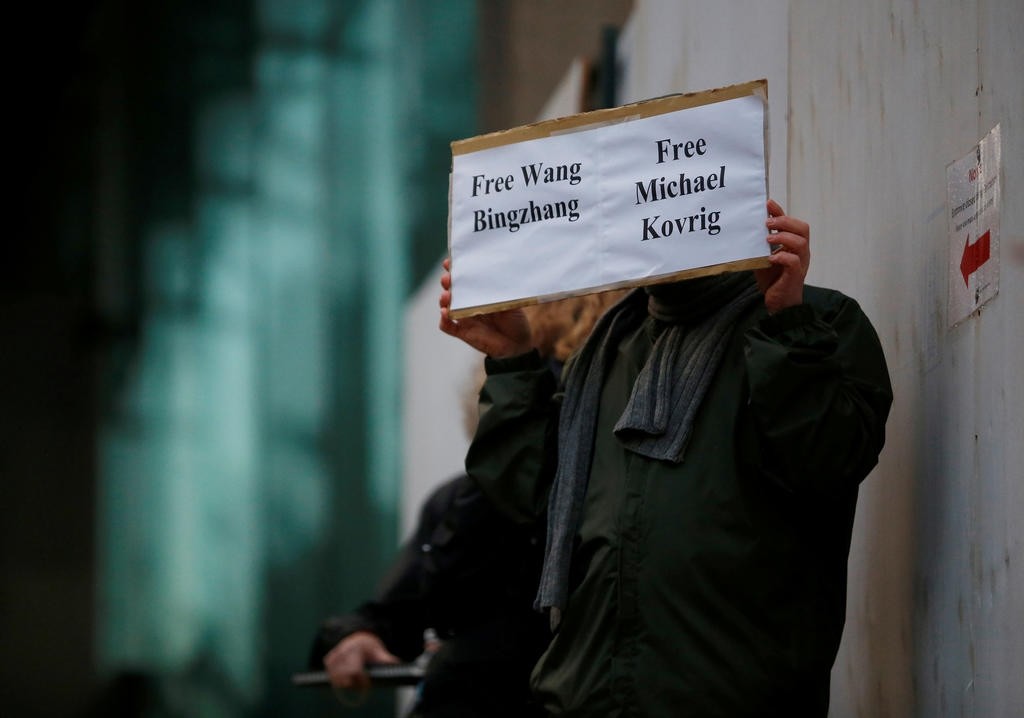 A man holds a sign calling for China to release Wang Bingzhang and former Canadian diplomat Michael Kovrig, who was arrested in China on Tuesday. (REUTERS Photo)
by Dec 19, 2018 12:00 am

China has arrested a third Canadian amid a diplomatic spat between Beijing and Ottawa over the arrest of a Chinese telecom executive, a Canadian official said Wednesday.

A government source said "there is no reason to believe that this case is linked to (two) other recent cases of Canadians detained in China."

Earlier Chinese foreign ministry spokeswoman Hua Chunying told a regular press briefing that she had "not heard" about the detention first reported by Canada's National Post.

The recent detentions of a Canadian former diplomat and a Canadian entrepreneur has raised suspicions that Beijing is holding them in retaliation for Huawei chief financial officer Meng Wanzhou's December 1 arrest, though no link has officially been made between the cases.

They were both detained on December 10.

Beijing has threatened Canada with "grave consequences" if Meng was not freed and Chinese state-run media has lashed out at the arrest, saying it was politically motivated.

Ottawa has repeatedly said the arrest was not political but rather a judicial process in keeping with an extradition treaty with Washington.