Donations flood in for Taiwan driver who crashed into 3 Ferraris 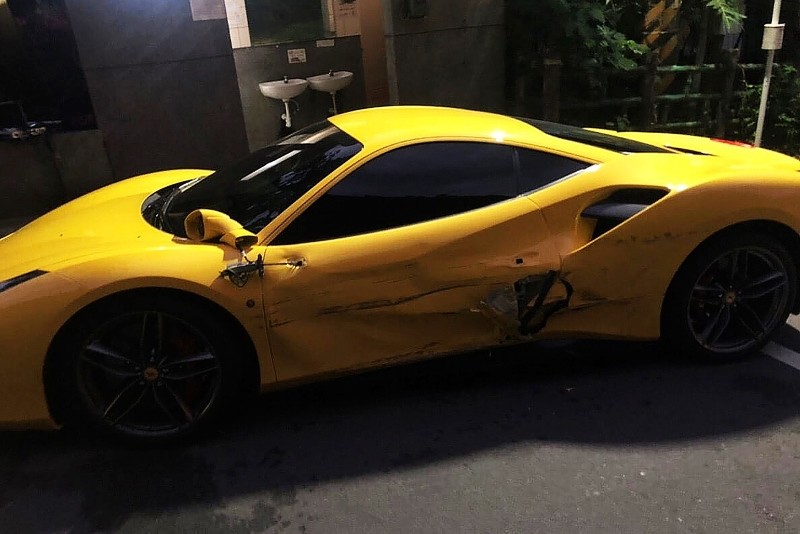 An exhausted Taiwanese delivery driver who smashed into three Ferraris has been inundated with donations after his plight and eye-watering repair bill sparked a deluge of public sympathy.

Lin Chin-hsiang had a particularly miserable day at work in the early hours of Sunday morning when he drifted off at the wheel while delivering incense to nearby temples on a windy mountain road above Taipei.

He not only managed to wreck his family's car but also ploughed into a trio of Ferraris whose owners had parked by the side of the road midway through a weekend morning drive in the hills.

"I must have fallen asleep, I'm not sure what happened," the soft-spoken 20-year-old told French Press Agency (AFP) on Thursday from the incense shop in the capital where he works alongside his mother.

"I will work hard to pay for the damage," he added.

No-one was hurt in the collision but Lin faces a mammoth bill because his car insurance has a cap on payouts.

Local media quoted Ferrari dealers in Taipei as saying the repairs to the vehicles could cost NT$12 million ($390,000) — a figure that would take Lin decades to pay off.

But ordinary members of the public have flocked to his aid. City authorities said a fund set up to receive donations had so far received NT$814,000 ($26,400).

Many of those donating were inspired by the contrast between the comparatively gilded lives of the Ferrari owners and the overworked man who hurtled into them.

Lin said he had to drop out of college this summer to help his mother run their incense shop — his father died some five years back. He also held down a second job at a nearby barbecue restaurant.

The day of the accident, Lin's mother recalled, her son had worked a restaurant shift until 3 a.m., briefly slept and then began deliveries around 5 a.m. because she had been feeling unwell.

His mother, who only gave her surname, said she was left "dumbstruck" when she discovered her son had totalled three supercars.

Neighbours have since come by with their own delivery vans to keep the business going while one man travelled three hours by bus to drop a donation into the family's shop.

Lin said the principle of the college he dropped out from came round to offer him free tuition but he felt unable to leave his mother's business — especially given the bills he now needs to pay.

"School may have to wait," he sighed.