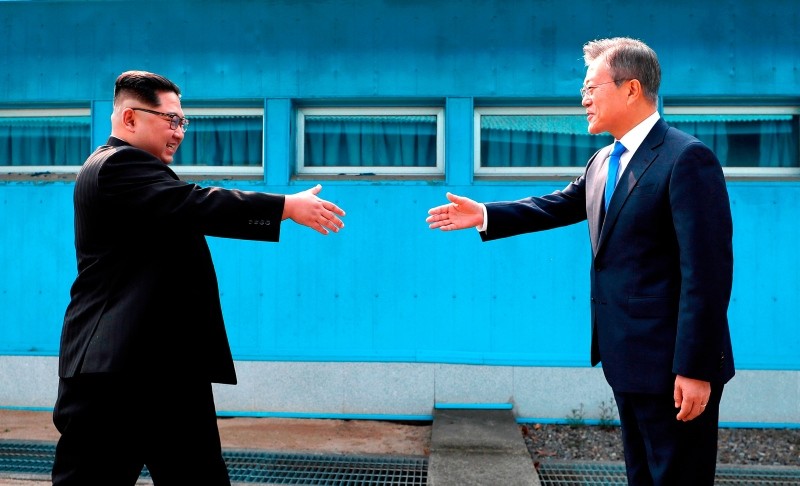 Moon's office said Kim also expressed regret that he couldn't make a planned visit to Seoul, South Korea's capital, by the end of December as pledged by the leaders during their last summit in September in Pyongyang, the North Korean capital. The Blue House didn't fully disclose Kim's letter.

Through three summits between Moon and Kim this year, the Koreas agreed to a variety of goodwill gestures and vowed to resume economic cooperation when possible, voicing optimism that international sanctions could end to allow such activity.

The rivals have also taken steps to reduce their conventional military threat, such as removing mines and firearms from the border village of Panmunjom, destroying some front-line guard posts and creating buffer zones along their land and sea boundaries and a no-fly zone above the border.

"Chairman Kim said that the leaders by meeting three times in a single year and implementing bold measures to overcome the long period of conflict lifted our (Korean) nation from military tension and war fears," Kim Eui-kyeom, Moon's spokesman, said in a televised briefing.

The letter comes days before Kim Jong Un is expected to address North Koreans in a New Year's speech that North Korean leaders traditionally use to announce major policy decisions and goals.

Post-summit nuclear talks between Washington and Pyongyang quickly settled into a stalemate as the countries struggled between the sequencing of the North's disarmament and the removal of U.S.-led international sanctions against the North. There continues to be doubts about whether Kim will ever voluntarily relinquish his nukes, which he may see as his strongest guarantee of survival.