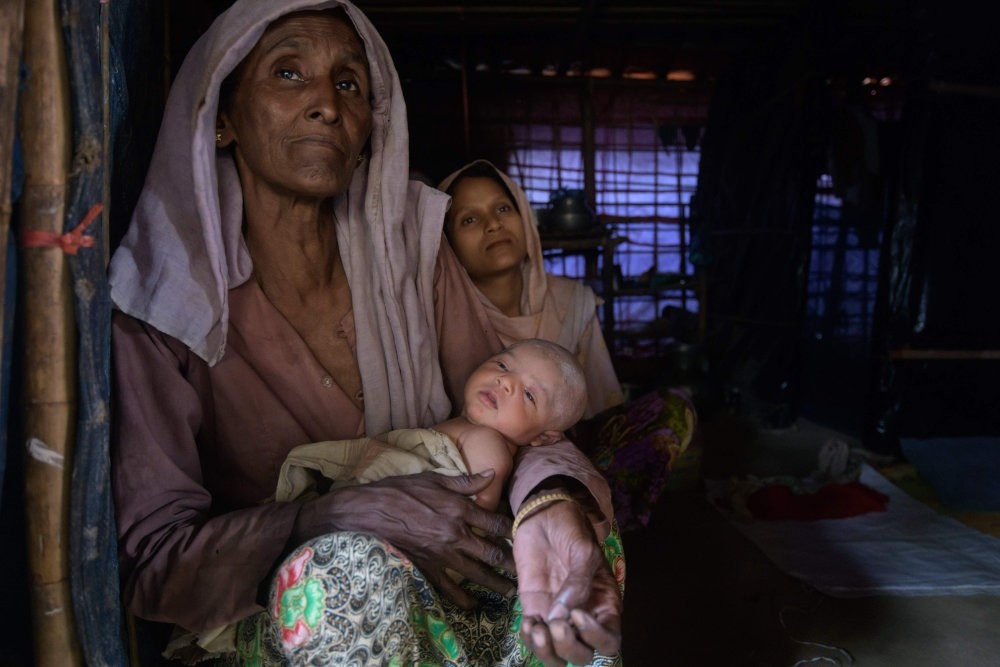 Trapped in appalling conditions in vast refugee camps in Bangladesh, more than 800 Rohingya refugees are suffering from chickenpox

The spread of a chickenpox outbreak threatens more people in refugee camps in Bangladesh, as the number of infected Rohingya refugees keeps increasing despite efforts to curtail the spread of the disease and prevent any complications.

More than 800 Rohingya refugees living in squalid makeshift camps in Bangladesh's Cox's Bazar district have been infected with chickenpox since last December, but residents of the camps expect the figure to surpass 1,000. As of Jan. 13, 832 Rohingya refugees in the camps had been confirmed with chickenpox, the World Health Organization (WHO) said in a statement on Jan. 15.

A three-year-old Rohingya child with chicken pox reportedly died during that period. The chickenpox outbreak started in some areas of the refugee camp in Ukhiya and Teknaf last month.

"Responding to an outbreak of chickenpox in the Rohingya camps, health sector partners led by the Ministry of Health [in Bangladesh] and the WHO has stepped up surveillance and initiated measures," the statement added. "Surveillance has been further beefed up in the Rohingya camps," said Dr. Bardan Jung Rana, WHO representative to Bangladesh. But Rohingya refugees living in the camps expect the number to rise further.

Ansar Ali, 34, who was chosen by the Bangladesh government to help maintain law and order in his camp, told Anadolu Agency (AA) that mostly women and children are being affected. "I know some in our camp [Kutupalang] who are suffering from this disease and have taken normal medicine," he said, referring to the standard tablet or capsule for fever or headache and saline for dysentery that are normally distributed to the refugees. An estimated 700,000 Rohingya have fled over the border to Bangladesh since an army crackdown was launched in Rakhine State in August. Myanmar blames Rohingya militants for an Aug. 25 strike on security posts in Rakhine State that triggered a fierce army crackdown. At least 9,000 Rohingya were killed in Rakhine State from Aug. 25 to Sept. 24, according to Doctors without Borders. In a report last December, the global humanitarian group said the deaths of 71.7 percent, or 6,700 Rohingya, were caused by violence. The death toll includes 730 children below the age of 5.