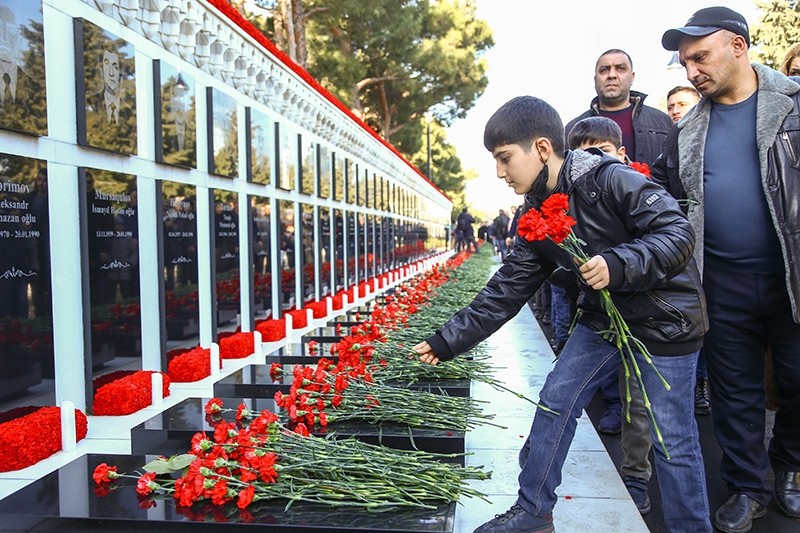 Azerbaijanis thronged on Sunday to Martyrs' Lane in the capital Baku to mark the 29th anniversary of Black January, remembering the violence from the breakup of the Soviet Union.

Seen as the rebirth of the Republic of Azerbaijan, Black January witnessed the massacre of 150 people in Baku on Jan. 20, 1990, on the eve of the country's independence.

President Ilham Aliyev and other senior state officials also visited the memorial. At the ceremony, Azerbaijan's national anthem was played and Aliyev left a wreath at the Memorial of Eternal Flame.

After the official ceremony, thousands of Azerbaijanis paid their respects to victims of the massacre, left red carnations on their graves, and paid tribute to the martyrs with a minute of silence.