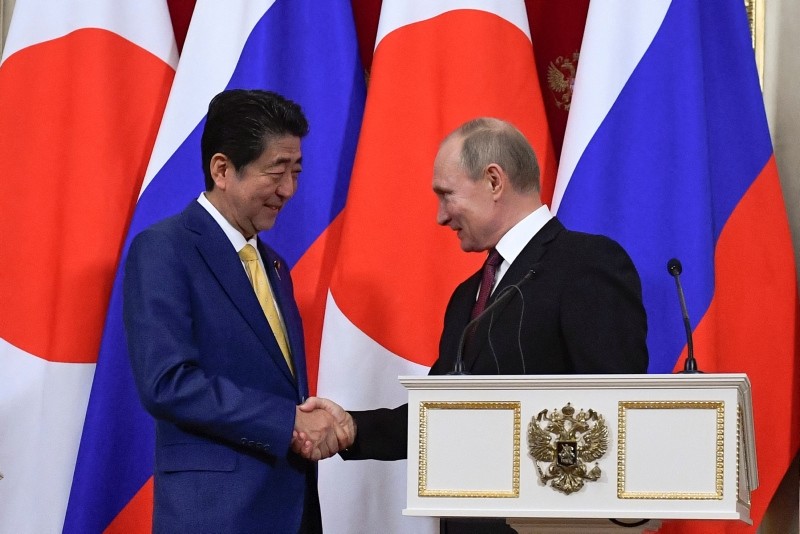 "We have once again confirmed our interest in signing such a document," Putin said in televised comments after meeting with Abe in Moscow.

A decades-long dispute over an archipelago seized by the Soviets at the end of World War II has prevented the countries from achieving a peace agreement.

Russia and Japan are currently pursuing economic collaboration on the Kuril Archipelago, which Japan calls its Northern Territories.

The development of bilateral economic ties was a focus of the leaders' meeting, Putin said.

Bilateral trade increased over the first 11 months of last year by 18 percent to about 20 billion dollars, the Russian leader said.

Abe earlier broached the peace agreement issue during opening comments at the meeting, according to comments carried by Russian state media.

"We are ready to undertake joint efforts to make this year a bold year between Japan and Russia," Abe was quoted as saying.

A day before the meeting, the Kremlin's spokesman denied speculation that Russia could give a couple of the islands to Japan as a concession.

"No one is planning to give up their national interests," Kremlin spokesman Dmitry Peskov said in comments carried by state news agency TASS.

Several demonstrators were detained outside the Japanese embassy at a protest on Tuesday against the possibility of giving some of the islands to Japan.

Korniyenko represents the far-eastern Primorsky region, which includes the city of Vladivostok.