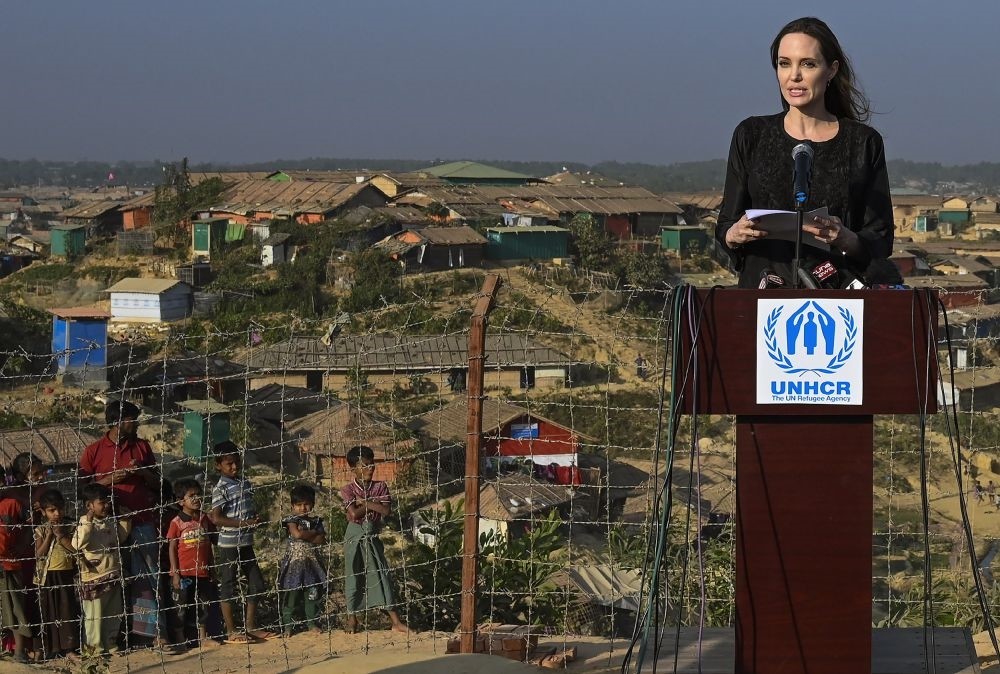 The Hollywood actor addressed a crowd of refugees on a hilltop in Kutapalong camp, the world's largest refugee settlement, in Bangladesh's Cox's Bazar district. She said was "humbled and proud to stand with you today."

"You have every right not to be stateless and the way you have been treated shames us all," said Jolie, adding the crisis was the result of decades of discrimination that had gone unaddressed. "What is most tragic about this situation is that we cannot say we had no warning."

Jolie's visit came as the United Nations said it was preparing to launch a new appeal for $920 million to support the refugees, who fled a brutal military crackdown in neighboring Rakhine state in Myanmar in response to militant attacks in August 2017.

U.N. investigators have accused Myanmar's army of carrying out mass killings and rapes with "genocidal intent" during the massive offensive that laid waste to hundreds of Rohingya villages in the western Rakhine state. Myanmar denies the charge and says its offensive was a legitimate response to an insurgent threat and has pledged to welcome the refugees back. Jolie said she had met stateless Rohingya who described being "treated like cattle" in Myanmar. "I met a woman yesterday, a survivor of rape in Myanmar, and she told me 'you would have to shoot me where I stand before I would go back to Myanmar'," Jolie said. "I urge the Myanmar authorities to show the genuine commitment needed to end the cycle of violence, displacement, and improve conditions for all communities in Rakhine state, including the Rohingya."

Jolie flew to Bangladesh this week to "assess the humanitarian needs of the Rohingya refugees and some of the more critical challenges facing Bangladesh as a host country," the UNHCR said in a statement.