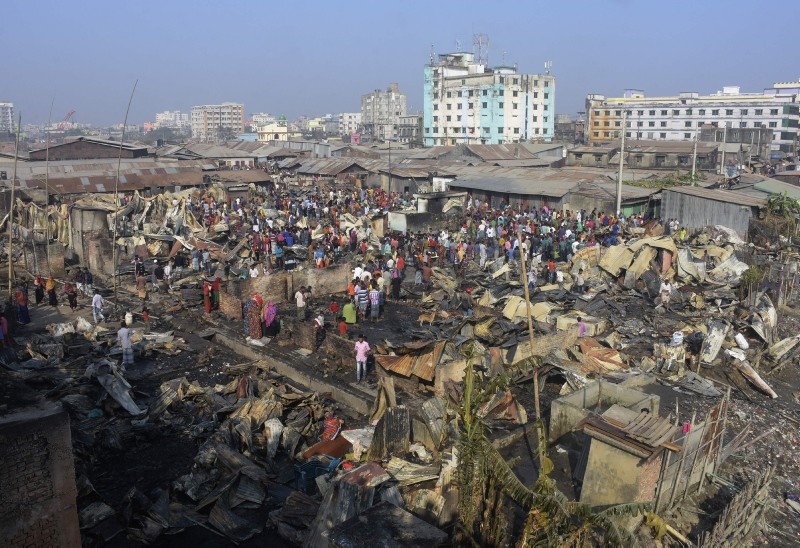 A fire official says a devastating blaze that raced through a crammed slum in southeastern Bangladesh has left at least nine people dead and several others injured.

The official, Jasim Uddin, said the fire broke out early Sunday in the Chaktai area of Chittagong city while the slum dwellers were asleep.

Uddin says four of the dead were from a single family, and that at least 200 shanty homes were gutted before firefighters brought the blaze under control.

He says the cause of the fire is not yet known and an investigation has been ordered.

Chittagong is 216 kilometers (134 miles) southeast of the capital, Dhaka.