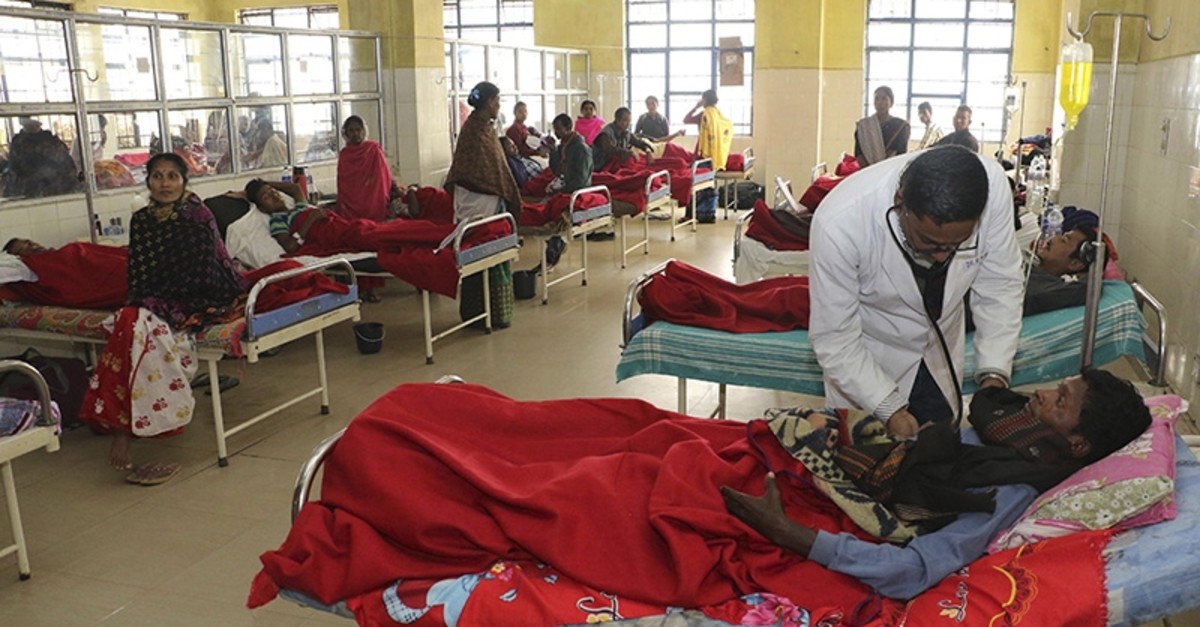 The death toll from liquor poisoning in India's northeastern state of Assam rose to 143 on Sunday as scores were still hospitalized in what is considered one of the deadliest bootleg alcohol tragedies in the country in recent times.

The victims were mostly tea plantation workers in the Golaghat and Jorhat districts who drank the methanol-laced brew on Thursday evening. The death toll had soared to 102 by Saturday night.

While 85 people were killed in Golaghat, 58 died in adjoining Jorhat, according to Dhiren Hazarika and Roshni Aparanji Korati, both senior officials from the respective districts.

"Almost 200 people are still hospitalized, but I think the worst is over. Most of those admitted are in a stable condition," Hazarika said.

"Many people are being discharged after treatment but several others come in their place with complaints of symptoms like nausea. The figures of hospitalizations keep fluctuating," he added.

Korati said initial investigations showed the deaths were due to methanol poisoning, but investigators are awaiting reports from a forensic science laboratory where the liquor samples were sent.

"The drink is essentially a molasses-based brew, but people producing spurious liquor add methanol and ingredients like urea to increase its potency," she said.

State authorities which ordered investigations into the two incidents had announced compensation of 200,000 rupees (2,815 dollars) to the relatives of the dead.

Fourteen suspects linked with the sale of the liquor were arrested and more than 15,000 liters (3,963 gallons) of illicit liquor were destroyed in a police crackdown.

The illegal liquor trade thrives in India because it is much cheaper than commercially-produced alcohol.

An average of 1,000 people, most of them poor, die in India each year after consuming illegally brewed alcohol, government data shows.

The liquor is usually made with poor-quality ingredients, and sometimes mixed with industrial alcohol and toxic substances.

Deaths as a result of consuming such alcohol hit the headlines regularly. In some of the worst cases of such poisoning, 200 people died in 1992 in Odisha state and 180 in West Bengal in 2011.

Less than two weeks ago, more than 100 people died in the northern states of Uttar Pradesh and Uttarakhand after drinking tainted liquor.