Okinawa voters overwhelmingly reject Tokyo-backed plan to move US base 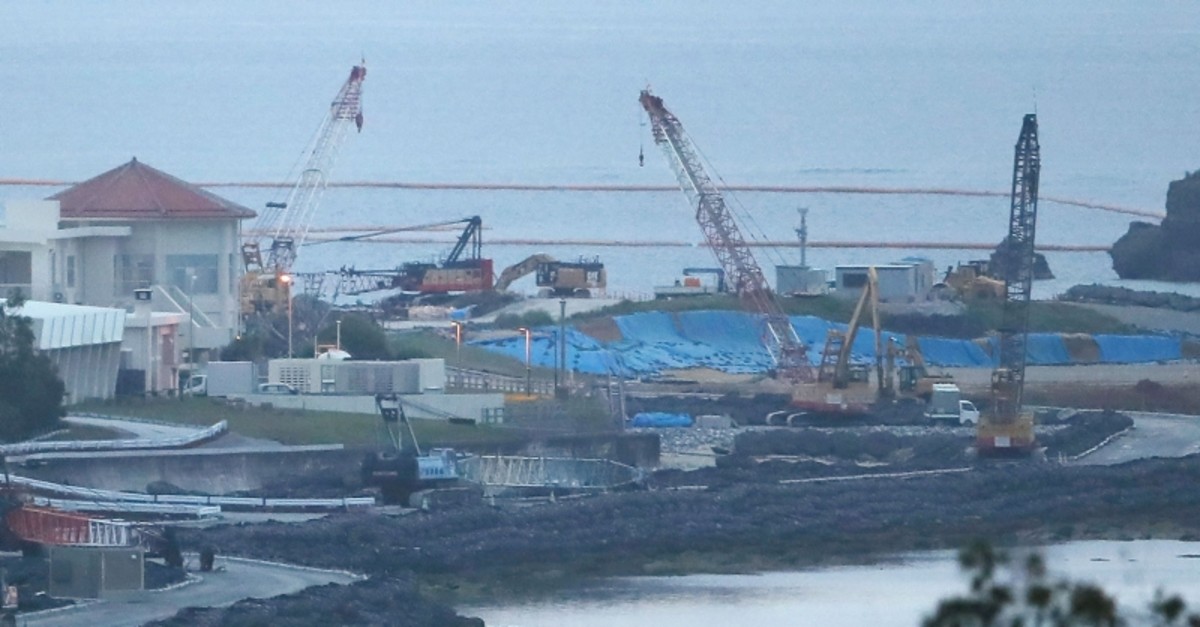 Voters on the Japanese island of Okinawa have rejected the relocation of a controversial U.S. military base, according to official results from a non-binding referendum Sunday.

Some 72 percent voted against the move with 19 percent in favor from a 52 percent turnout, the local government said.

Opponents of the relocation -- some 434,000 -- had turned out in sufficient numbers to meet the threshold required for Okinawa Governor Denny Tamaki to "respect" the result of the symbolic referendum, it said.

For this to happen, one quarter of the eligible electorate -- or around 290,000 people -- had to vote for one of the three options: for or against relocation or a third choice of "neither".

"I will strongly demand that the government squarely face the resolute will of our people, review its present policy immediately and halt the construction," the anti-base governor told reporters.

The vote, however, is non-binding on the central government and turnout was just above 50 percent, raising questions about what effect the referendum will have.

The government of Prime Minister Shinzo Abe has vowed to press on with moving the base and the relocation is also backed by Washington.

The relocation of the Futenma base to Nago, 50 kilometres (30 miles) away, was first agreed in 1996 as the U.S. sought to calm local anger after U.S. servicemen gang raped a local schoolgirl.

But the plan has long been stalled in part over local opposition.

The ballot asked residents whether they supported a plan to reclaim land at a remote coastal site for the relocation of Futenma from its current location in a heavily populated part of Okinawa.

It was initially planned as a yes-no vote, but a "neither" option was added after several cities with close ties to the central government threatened to boycott the vote.

Polls opened early on Sunday morning, with about 1.15 million Okinawans eligible to vote.

Speaking after casting her ballot at a local school, voter Yuki Miyagaki said: "They are using a lot of tax money and manpower for this referendum, even though the result will not have any legal power. So we thought that we should take this opportunity and think very carefully about this issue."

"We usually shout no to the new base construction. This is a good opportunity to tell the government directly with concrete numbers: 'No'. This is an important vote," 32-year-old Narumi Haine told AFP.

"The referendum has underlined once again Okinawa's strong opposition to the relocation," Yoshinobu Yamamoto, professor of politics at the University of Niigata prefecture, told AFP.

"The result could be a negotiating card for the governor, but it's unlikely to have an immediate impact," he added.

"The dispute is far from its resolution.

The base has stoked tension with local residents over problems ranging from noise and military accidents to crime involving base residents.

Abe's government says the relocation will address those concerns, but many in Okinawa want the base relocated elsewhere in Japan.

They argue that the region bears a disproportionate burden when it comes to hosting U.S. military troops in the country.

Okinawa accounts for less than one percent of Japan's total land area, but hosts more than half of the approximately 47,000 American military personnel stationed in Japan.

Anti-base rallies have been staged daily in Okinawa since campaigning for the referendum began in mid-February.

But the vote has not stopped reclamation work at Nago, with construction workers continuing to shovel dirt into the ocean offshore with bulldozers.

"We hope the referendum will boost the momentum of our fight," demonstrator Masaru Shiroma told AFP on Friday, as more than 100 fellow activists tried to block trucks entering the construction site.

"The government is making a fool out of Okinawa."

An opinion poll by the Asahi daily found 80 percent of respondents want Abe's government to respect the results.

But there has been little sign the administration will shift course if the vote goes against the move, with Chief Cabinet Secretary Yoshihide Suga saying there were no plans to halt the relocation regardless of the outcome.

Japan's military alliance with the United States is seen as a key partnership, and Okinawa's location near Taiwan has long been viewed as having huge strategic importance for U.S. forward positioning in Asia.