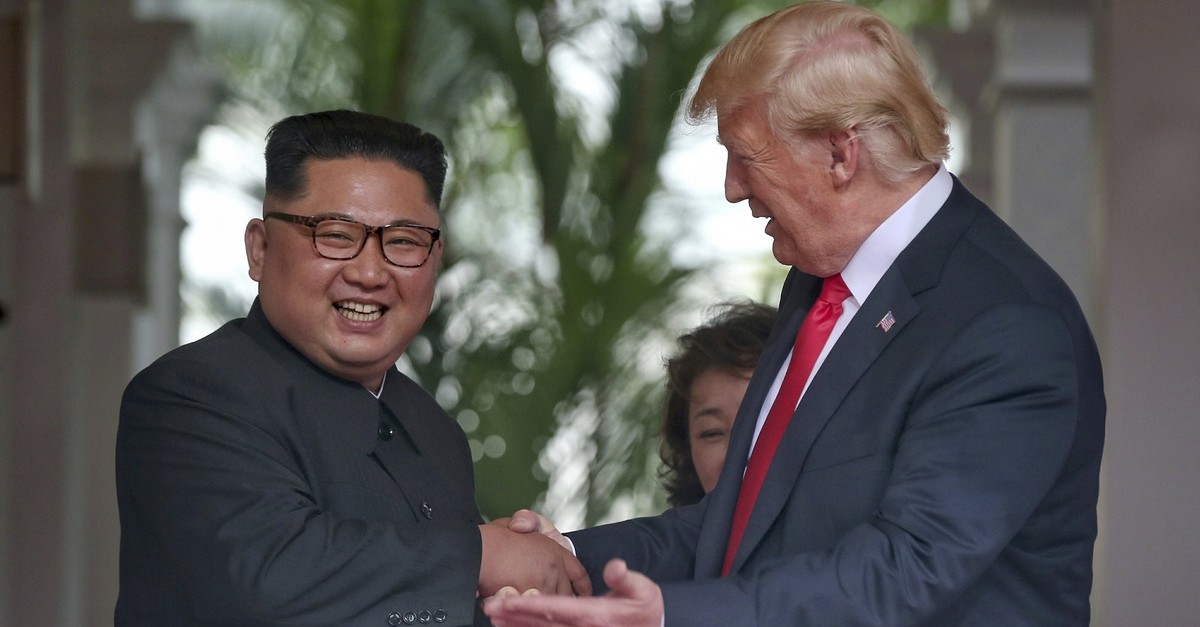 Hopes that Donald Trump and Kim Jong Un will formally declare an end to the 1950-53 Korean War at the Hanoi summit rose Monday, after South Korea said the two leaders could reach an agreement.

The devastating conflict between communist North Korea, backed by China, and the capitalist South, aided by the United States, ended with an armistice rather than a peace treaty, leaving Pyongyang and Washington still technically at war.

"I believe that the possibility is there," the South's presidential Blue House spokesman Kim Eui-kyeom told reporters about a formal declaration.

"There is no way of knowing what kind of declaration it might be, but I believe the U.S. and North Korea may reach an agreement."

President Moon Jae-in said in October "it was only a matter of time" before Washington and Pyongyang declared an end to the war.

The U.S. has also struck an upbeat tone. Stephen Biegun, the U.S. special envoy for North Korea, said earlier this month that Trump was "ready to end this war", fueling speculation that the formal end of the conflict may be near.

Kim, the leader of North Korea, is due to meet the U.S. president in the Vietnamese capital on Wednesday and Thursday, where it is hoped the pair will make progress in talks on denuclearization, and a possible peace treaty.

But Blue House spokesman Kim said even if the U.S. and North Korean leaders declare the end of the Korean War, a formal peace treaty will likely be signed at the "last stage of the denuclearization process" of the Korean peninsula — and may take a long time to materialize.

"A peace treaty and a declaration of end of war are different," he said, adding that the treaty must be a "multilateral effort" involving South Korea and China.

North Korea, the U.S.-led United Nations Command and China were all signatories to the armistice.

The Hanoi summit comes after Trump and Kim met in June in Singapore, producing a vaguely worded agreement on denuclearization, but progress has since stalled, with the two sides disagreeing over what the agreement meant.

Observers say tangible progress is needed in Hanoi to avoid the talks being dismissed as a publicity stunt.

Meanwhile the respected U.S.-based website 38 North reported on Monday there is no indication Pyongyang is operating its nuclear reactors at the Yongbyon complex.

The dismantling of the complex is expected to be among the key denuclearization steps that the U.S. and North Korean leaders will likely discuss in Hanoi.

"There is no steam venting from the generator hall, nor is there any hot water effluent at the cooling water outfall pipe," the website said.