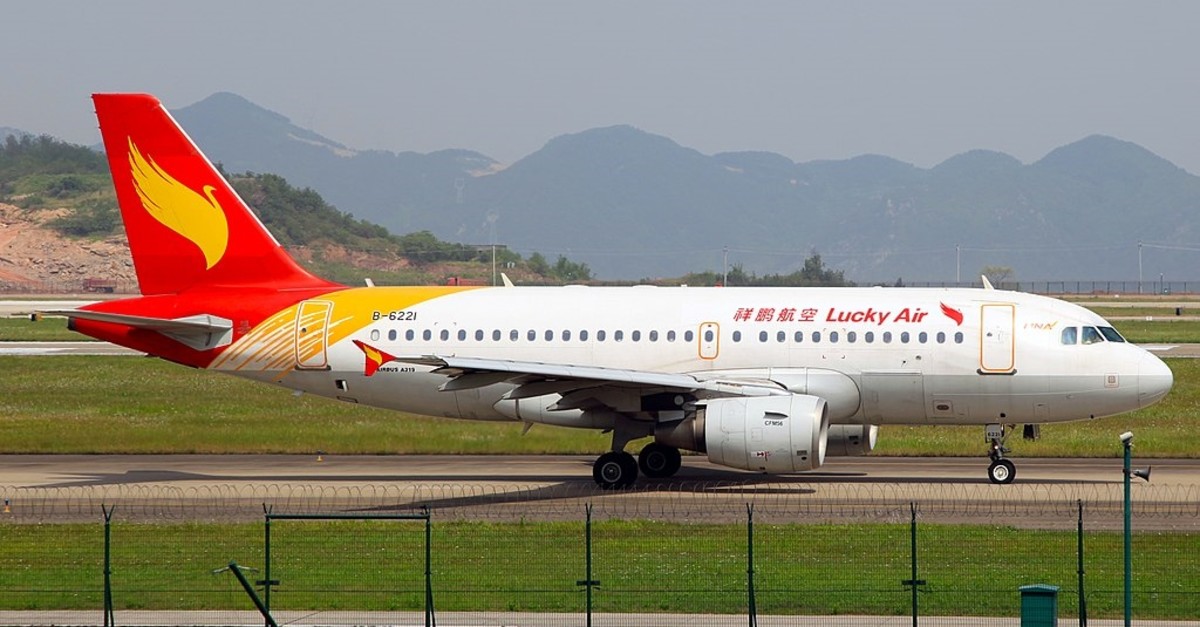 A Chinese man has been sued by Lucky Air after he threw two yuan coins in the engine of a passenger jet for good luck on his journey.

The 29-year-old man, identified by the surname Lu, had bought tickets to travel with his wife and baby on Flight 8L9960 from Anqing in Anhui province to Kunming, Yunnan on Feb. 17, local media said.

The flight was grounded and later canceled due to security reasons after the plane crew found the coins near the left engine of the plane, the airline said in a statement they shared on Chinese web portal WeChat.

Lu admitted to tossing the coins and was detained for seven days by Chinese authorities.

"The incident caused a direct economic loss of nearly 140,000 yuan ($21,000), and our company will press charges against the passenger in accordance with the law," the statement added.

"The engine could tremble, lose speed and even stop in mid-air if a coin were sucked into its core," a professor at Civil Aviation University of China told the China Daily, adding that it "would put all the passengers on board at great risk."

The rest of the 162 passengers were flown safely to Kunming the next day after a full engine check.

Luck Air warned its passengers: "Not only does tossing coins not give you good luck, it will endanger aviation safety and land you in detention. You could be fined and prosecuted."

The incident is not the first in which a passenger attempted to toss coins into an aircraft engine for good fortune and a safe flight.

A China Southern Airlines flight from Shanghai Pudong Airport was delayed for five hours after an 80-year-old woman threw a coin into the engine which caused 1 million yuan in damages. The woman was not charged due to old age.

Another 76-year-old passenger flung several coins into the engine of a Lucky Air flight, also Kunming-bound from Anqing, several months after the first incident and was detained but not charged.