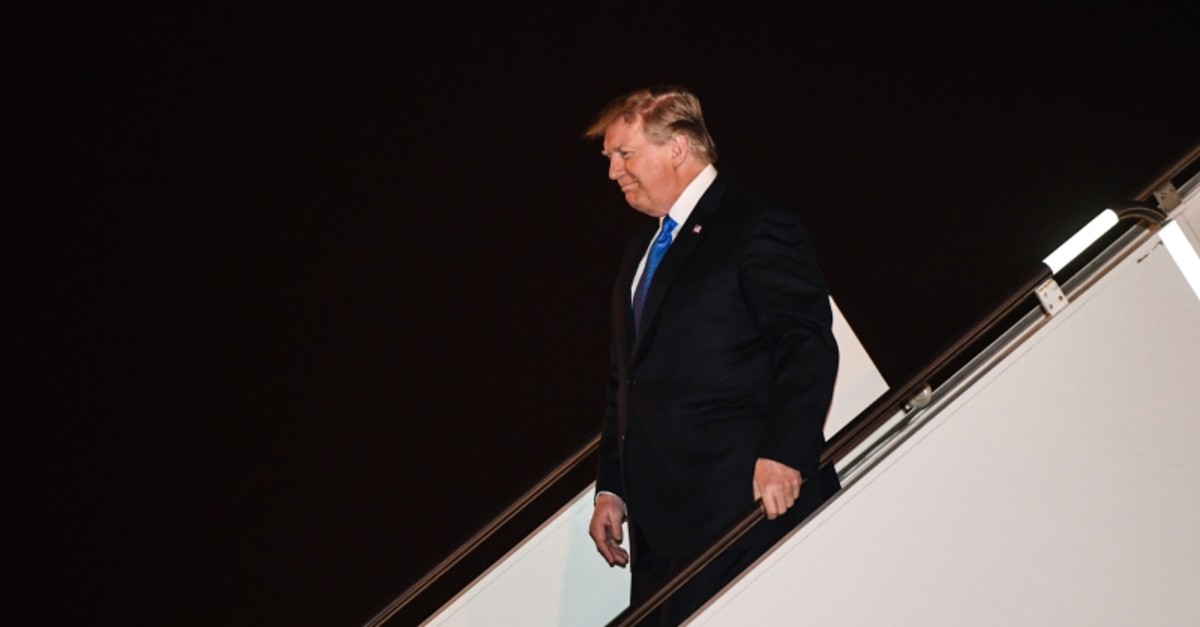 U.S. President Donald Trump arrived in Vietnam for a second meeting with North Korean leader Kim Jong Un aimed at getting Kim to give up nuclear weapons in exchange for relief from sanctions hobbling his economy and better relations with the U.S. and other nations.

Trump left Washington on Monday afternoon on Air Force One flying eastward and landed late Tuesday in Hanoi after making refueling stops in England and Qatar. Kim arrived earlier Tuesday after traveling by train through southern China to the Vietnam border and then to Hanoi in an armored limousine.

Trump and Kim are to have a private dinner on Wednesday evening and discussions on Thursday in hopes of building on an aspirational agreement they made at their first historic meeting in Singapore in June.

Kim arrived in Hanoi earlier and spent the day traveling around the Vietnamese capital in his armored limousine, his squad of bodyguards in tow as he visited the North Korean Embassy, with hundreds of visiting journalists and thousands of local citizens following in his wake. He took a train through southern China and then traveled to Hanoi by car from a Vietnamese border town.

They first met last June in Singapore, a summit that was long on historic pageantry but short in any enforceable agreements for North Korea to give up its nuclear arsenal.

Trump has praised Pyongyang for ceasing middle tests and has appeared to ease up on demanding a timeline for disarmament. Kim is expected to ask for relief from crushing U.S. sanctions.

Although many experts are skeptical Kim will give up the nuclear weapons he likely sees as his best guarantee of continued rule, there was a palpable, carnival-like excitement among many in Hanoi as the final preparations were made for the meeting.

There are high expectations for the Hanoi summit after a vague declaration at the first meeting in June in Singapore that disappointed many.