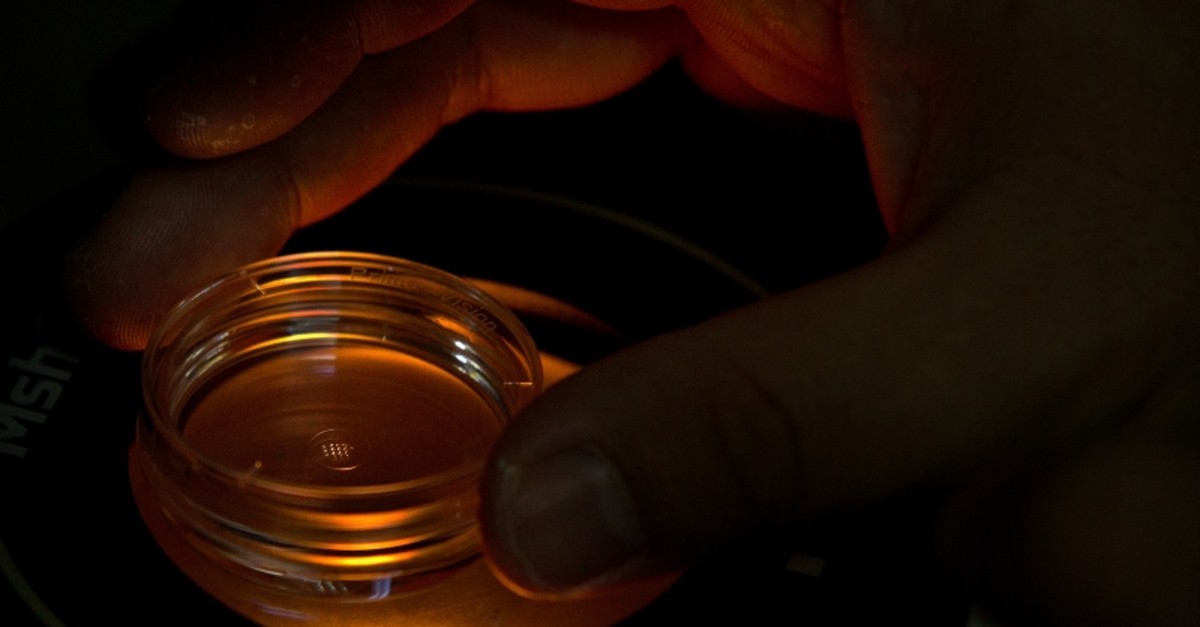 In this Oct. 9, 2018, file photo, Qin Jinzhou, an embryologist who was part of the team working with scientist He Jiankui, adjusts a microplate with embryos that have been injected with Cas9 protein and PCSK9 sgRNA at a lab in Shenzen. (AP Photo)
by Associated Press Feb 27, 2019 12:00 am

China has unveiled draft regulations on gene-editing and other potentially risky new biomedical technologies after a Chinese scientist's claim of helping to create gene-edited babies roiled the global science community.

Under the proposed measures released Tuesday, technology involving gene editing, gene transfer and gene regulation would be categorized as "high-risk" and placed under the authority of the State Council, China's Cabinet.

The measures follow assertions in November 2018 from scientist He Jiankui that he altered the DNA of twin girls born that month using a powerful new tool. The technology, called CRISPR-cas9, makes it possible to operate on DNA to supply a needed gene or disable one that's causing problems.

The revelation that it may have been used to conceive children elicited widespread outcry over the procedure's ethical implications.

Gene editing for reproductive purposes is effectively banned in the U.S. and most of Europe. In China, ministerial guidelines prohibit research on embryos that "violates ethical or moral principles." Ethical guidelines published in 2003 say gene-editing is permitted for research purposes, but that the experimental embryo cannot be nurtured for more than 14 days.

He Jiankui said he edited the babies' genes in hopes of making them resistant to the AIDS virus, as their father is HIV positive. China immediately halted He's experiments after his announcement.

In an interview with The Associated Press the month before his project was publicized, He said he believed gene editing of human embryos resulting in live births was legal in China because the country has no law specifically forbidding it.

The scientist breached national guidelines and will be punished for any legal violations, Xinhua reported last month. The state news agency did not say which laws He might have violated, but noted that he had fabricated an ethical review by others.

Along with the birth of the twins, another embryo yet to be born reportedly resulted from He's experiment. All three will remain under medical observation with regular visits supervised by government health departments, Xinhua said.