Pakistan shoots down 2 Indian aircraft after they crossed Kashmir border 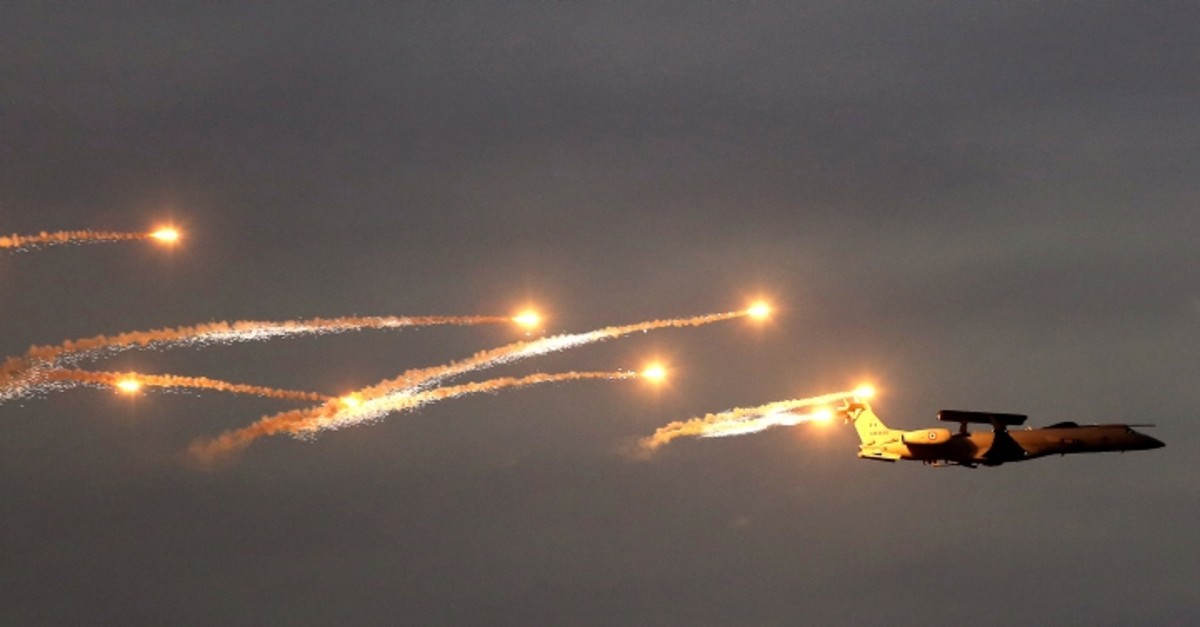 Pakistan's air force shot down two Indian warplanes after they crossed the boundary between the two nuclear-armed rivals in the disputed territory of Kashmir on Wednesday and captured two Indian pilots, one of whom was injured, a Pakistani military spokesman said. India acknowledged one of its air force planes was "lost" in skirmishes with Pakistan and its pilot was "missing in action."

The dramatic escalation came hours after Pakistan said mortar shells fired by Indian troops from across the frontier dividing the two sectors of Kashmir killed six civilians and wounded others.

Earlier on, broadcaster Indian Today claimed in a report that Indian forces also shot down a Pakistani F-16 that "violated Indian airspace." However, Pakistani embassy sources told Daily Sabah that these claims were purely propaganda since no Pakistani F-16 fighter jets took part in the shooting of Indian jets or any other operation in the area.

Pakistan's army spokesman Maj. Gen. Asif Ghafoor said Pakistani troops on the ground captured the pilots. One of the downed planes crashed in Pakistan's part of Kashmir while the other went down in Indian-controlled section of the Himalayan region, he said.

The injured pilot was being treated at a military hospital, Ghafoor told a news conference in the garrison town of Rawalpindi. He did not elaborate beyond saying the pilots were being "treated well" and made no mention of them being returned to India.

"We have no intention of escalation, but are fully prepared to do so if forced into that paradigm," he added.

Pakistani Prime Minister Imran Khan also voiced this view on Wednesday, calling on his Indian counterparts "we should sit down and talk."

U.N. Secretary-General Antonio Guterres urged India and Pakistan on Wednesday to take steps to deescalate tensions, according to his spokesman Stephane Dujarric.

Dujarric told reporters Guterres is following the situation with "deep concern," and his offices are always available if both sides agree to mediation.

"The United Nation's message, both publicly and privately to both sides, is to urgently take steps to lower tensions through meaningful, mutual engagements, and meet their responsibilities to maintain peace and security in the region," Dujarric said.

Following a phone call with Qureshi, Turkish Foreign Minister Mevlüt Çavuşoğlu said Turkey is concerned about the heightened tensions between the two countries as he called on Islamabad and New Delhi to act with common sense and in restraint to avoid further escalating the situation.

India's External Affairs Ministry spokesman Raveesh Kumar said one of its Mig-21 fighter aircraft was missing. He said India was still "ascertaining" whether its pilot was in Pakistan's custody. He said one Pakistani aircraft was shot down, something Pakistan denied..

Meanwhile, Indian police say officials have recovered four bodies from the wreckage of an Indian Air Force chopper that crashed in Indian-controlled sector of Kashmir.

Senior police officer Munir Ahmed Khan said the chopper crashed close to an airport on Wednesday in Budgam area, in the outskirts of the region's main city of Srinagar. The Srinagar airport, which has been shut along with two other airports for civilian flights in the region, is also an air force station.

Eyewitnesses said soldiers fired in air to keep residents away from the crash site.

Hours later, Pakistan's Civil Aviation Authority said it shut Pakistani airspace to all commercial flights on Wednesday, without elaborating or indicating when the flights might resume. It was not clear if the shutdown applied to commercial overflights.

Meanwhile, the Foreign Ministry in Islamabad said the country's air force was carrying out airstrikes Wednesday from within Pakistani airspace across the disputed Kashmir boundary but that this was not in "retaliation to continued Indian belligerence."

According to local Pakistani police official Mohammad Altaf, the six fatalities in the Indian shelling earlier on Wednesday included children. The shells hit the village of Kotli in Pakistan's section of Kashmir.

Kashmir is split between Pakistan and India and claimed by both in its entirety. Though Pakistani and Indian troops in Kashmir often trade fire, the latest casualties came a day after tensions escalated sharply following a pre-dawn airstrike and incursion by India that New Delhi said targeted a terrorist training camp in northwestern Pakistan.

In Tuesday's pre-dawn strike by India, Pakistan had said that Indian warplanes dropped bombs near the Pakistani town of Balakot but there were no casualties.

Residents on both sides of the de-factor frontier, the so called Line of Control, said there were exchanges of fire between the two sides through the night. In Pakistan's part of Kashmir, hundreds of villagers fled border towns.

The situation was no different in villages along the Line of Control in Indian-controlled Kashmir, where residents were moving to safer places following the intense exchange of fire, which began Tuesday and continued Wednesday. In New Delhi, Indian officials said Wednesday at least five of their soldiers were wounded in firing by Pakistani troops along the volatile frontier.

The statement said Indian troops "retaliated for effect" and claimed to have destroyed five Pakistani posts. It accused Pakistani soldiers of firing mortars and missiles "from civilian houses, using villagers as human shields."

On Wednesday, Pakistan's Foreign Minister Shah Mahmood Qureshi told state-run Pakistan Television he was in touch with his counterparts across the world about the "Indian aggression," adding that New Delhi had endangered peace in the region by Tuesday's airstrike on Pakistan.

In New Delhi, India's External Affairs Minister Sushma Swaraj said Wednesday her country does not wish to see further escalation of the situation with Pakistan and that it will continue to act with responsibility and restraint.

She said the limited objective of India's pre-emptive strike inside Pakistan on a terrorist training camp Tuesday was to act decisively against the terrorist infrastructure of Jaish-e-Mohammad group, to pre-empt another terror attack in India.

The latest wave of tensions between Pakistan and India first erupted after Jaish-e-Mohammad claimed responsibility for the Feb. 14 suicide bombing of a convoy of India's paramilitary forces in the Indian portion of Kashmir that killed 40 Indian troops.

Pakistan has said it was not involved in the attack and was ready to help New Delhi in the investigations.